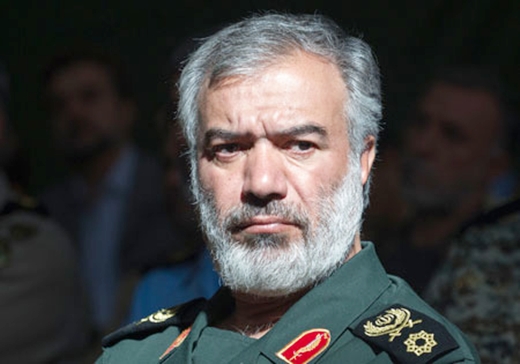 The Islamic Revolution Guards Corps (IRGC) navy Commander Rear Admiral Ali Fadavi, referring to navy's capabilities and power, said that the enemy has a passive role in the Persian Gulf.

Speaking in the commemoration ceremony of 100 martyrs in Kashan, Fadavi said the US is now certain that it will sustain damage if it does any action against Iran.

On IRGC’s courage in capturing US marines in the Persian Gulf waters, he said that it was the fourth time that English and American forces were captured by IRGC.

Referring to the fact that the U.S had no success in preventing Islamic Revolution’s expansion, he added that the United States’ attempts in Syria for five years bore no result and the Americans admitted that their failure in Syria was because of of Iran’s support.