Chabahar best choice for transit of goods to Afghanistan 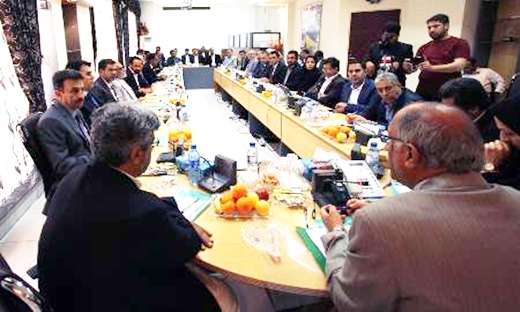 An Afghan official said here on Sunday that the port of Chabahar in this southeastern province is the best route for export of Iranian goods to Afghanistan.

In a meeting with Chabahar officials, Haji Saeed Khatibi who is the head of Herat province chamber of trade and industries said that the port provides a good access for the landlocked Afghanistan to free waters.

He said transit of Afghanistan goods via Chabahar for export purposes is absolutely economic and time-saving to Kabul due to proximity and short distances with Iran.

Referring to numerous problems Afghanistan has been facing in past decades due to internal conflicts and tribal clashes, he said the visit of the Chief Executive of the Islamic Republic of Afghanistan Abdullah Abdullah to Iran in the past was a token of good relations between the two countries.

Chabahar is a free port (Free Trade Zone) on the coast of the Gulf of Oman. It is situated on the Makran Coast of the Sistan-Baluchestan province and is officially designated as a Free Trade and Industrial Zone by Iranian government. Due to its free trade zone status, the city has increased in significance in international trade.

Companies from several world countries including China and India have also shown interest in the port.