Cabbie returns briefcase worth $25,000 to owner 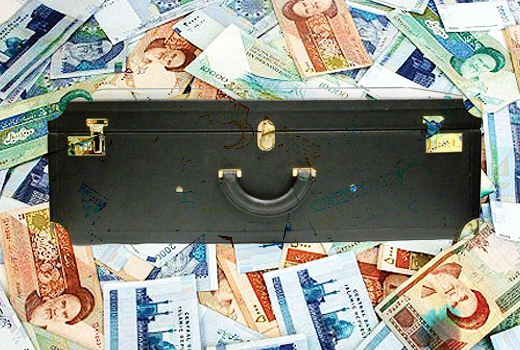 Bojnurd City Council and Municipality officials have praised Garivani for his decision to return the money.

A few days ago, a cabdriver in the northeastern Iranian city of Bojnurd found a briefcase – which turned out to contain a lot of cash – left behind in his taxi by a passenger he had just dropped off.

The following is the translation of a report filed by Mehr News Agency (August 18) on what the cabdriver did next:

To find the owner of the briefcase and return it, the cabbie opens the case and much to his surprise, he finds it full of cash, traveler’s checks and valuable documents.

Untempted to take the money for himself, Mahmoud Garivani searches in the papers in the case for a phone number to return the briefcase to its owner.

Finally, he finds a number and calls the owner who coincidentally is in a nearby town without knowing that he has left behind his briefcase.

The good-natured cabbie drives all the way from Bojnurd to Shirvan, another town in North Khorasan Province, to hand in the briefcase.

Despite insistence by the owner of the case, he turns down an award and even refuses to charge for the out-of-town trip.

In a ceremony held at a mosque in his hometown on August 17, officials with Bojnurd City Council and Municipality praised Garivani for his faithfulness.

In a similar incident three years ago, Ahmad Rabani, a 39-year-old dustman in North Khorasan Province, found a portfolio containing more than $330,000 in cash, gold and documents and returned it to its owner.