By Imposing Sanctions, the West Deprived Itself of Iranian Rich Culture: Bulgarian VP 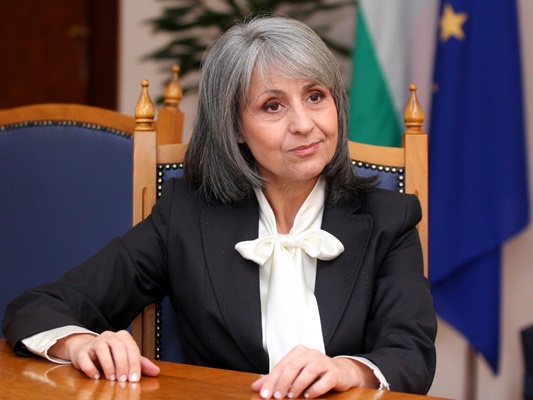 Bulgarian Vice-President believes that Western countries deprived themselves of the rich culture of Iran due to the sanctions they imposed on the Islamic Republic.

“By imposing sanctions on Iran, the West has deprived itself of this country’s rich culture for 37 years,” said Margarita Popova, the Vice President of the Republic of Bulgaria.

She made the remarks in a meeting with Abbas Khamehyar, the International Deputy of Culture and Islamic Communications Organisation, who recently visited Bulgaria.

According to a report by Mehr, Popova added added “the West has missed the chance of exchanging cultural values during these years, which is an extensive damage to Western people.”

“I believe that benefiting from Iran and Bulgaria’s great cultural and scientific capacities is the best and fastest way to form relationships between the two countries and to compensate for wasted time,” she said.

“In my opinion, by being involved in culture and mutual cultural values, both countries will benefit from a higher security. The security is a top issue in today’s world; therefore, the mutual projects gain more value,” Popova noted.

“I believe that we should know different cultures and make them communicate. We should accept and understand them to make the security more attainable,” Popova went on to say.

The Vice President of the Republic of Bulgaria also talked about her wish to travel to Iran and said, “I’m willing to meet Iranian cultured women.”