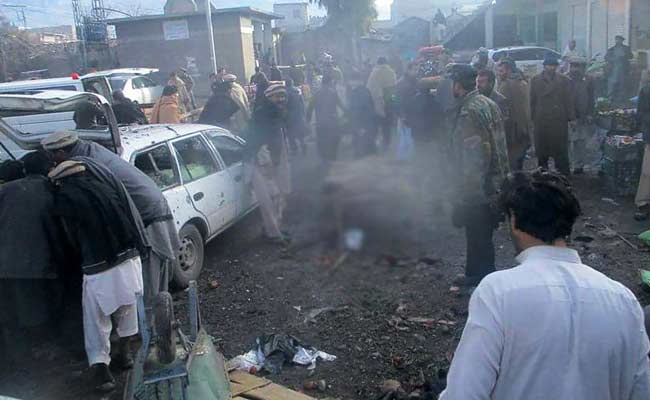 20 people have been and 50 wounded so far after a bomb struck a market in Pakistan's tribal belt bordering Afghanistan on Saturday, Pakistani health and government officials said.

The bomb hit the crowded vegetable market in Parachinar city, the capital of Kurram tribal district on the Afghan border where officials said the death toll was expected to rise.

Government official Shahid Khan said explosion took place when the market crowded with retailers buying fruits and vegetables from a wholesale shop. He said the nature of the explosion is being investigated.

At least 20 people have been killed and 50 wounded, a senior government official in Parachinar, told Press Trust of India.

The blast was caused by an IED (improvised explosive device) which was hidden in a vegetable box.

No group has claimed responsibility yet.

Parachinar is the capital of Kurram tribal region which has been the scene of high terrorist activities in the past years. Army carried out massive operation against terrorists here but they still have capacity to strike.