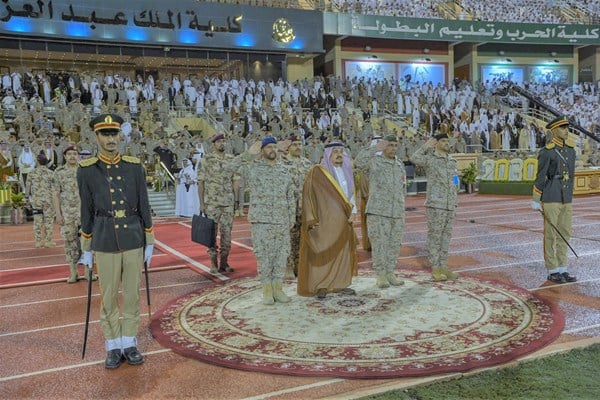 No reason has been given yet by Saudi Arabia on the absence of the crown prince from the ceremony which should normally be held with defence minister in attendance.

The unusual disappearance has once again raised doubts and speculations on the health conditions of the Crown Prince, Fars News Agency said.

Earlier, the Tehran-based newspaper Kayhan said it has obtained a copy of a report by an Arab intelligence apparatus that claims bin Salman could be killed in a shooting incident late April.

The report said Bin Salman hadn’t appeared in public since April 21, when videos were posted online in social media purporting to show areas around royal palaces ringing with heavy gunfire.

But footage circulating on social media showed heavy gunfire, tanks and armed vehicles around palaces, raised speculations about a possible coup attempt or retaliation by the House of Saud’s adversaries.

Meanwhile, certain figures close to the Saudi royal family have tried in the past few days to publish photos of the Crown Prince, claiming that they are new images and reject the speculations surrounding his disappearance. However, such photos could have been taken before the April shooting, and thus cannot prove the rumours false.