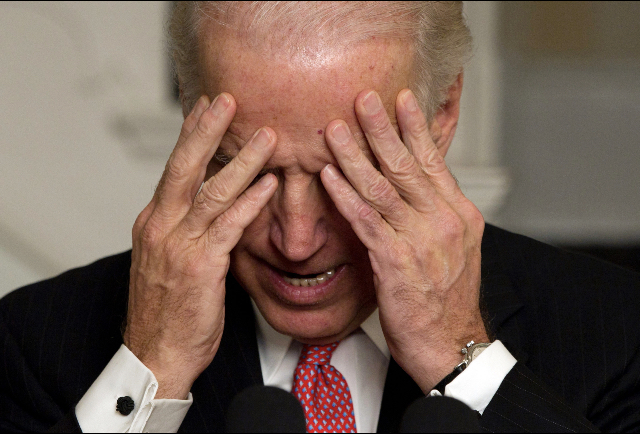 US President Joe Biden’s popularity has plummeted among independents after several domestic and foreign crises. The independents played a key role in sending Biden to the White House.

Biden has lost support among a key bloc of voters that helped catapult him to the White House: independents.

The current gridlock on Capitol Hill coupled with the messy withdrawal of troops from Afghanistan and his handling of the ongoing crisis at the Mexican border has contributed to the lag in support from independent and more moderate voters.

Political analysts link the bad numbers to a difficult few months for Biden, and to a lack of results with his legislative agenda, which is stuck in Congress.

“Independents are seeing, after an arguably successful six months of his presidency, a significant lack of results and a lot of consternation on Capitol Hill,” said Democratic strategist Mike Morey, a former aide to Sen. Charles Schumer (D-N.Y.).

“They just want things to get done and be well. I think if you look at the numbers around Afghanistan, they didn’t see the withdrawal as neat and they don’t see what’s happening on Capitol Hill as neat,” Morey added.

Biden has seen two key pillars of his economic agenda stalled on Capitol Hill in recent weeks. A $1.1 trillion bipartisan infrastructure bill that passed the Senate in August has yet to pass the House after progressive Democrats vowed to oppose it until a larger reconciliation package was finalized containing commitments to spending on health care, education and climate programs.

Polls show the infrastructure bill is popular with both parties and independents, and its passage has been seen as Biden’s best chance for a significant bipartisan victory given its support from Senate Minority Leader Mitch McConnell (Ky.) and other Republicans.

The president has similarly seen pledges to act on gun violence, voting rights and immigration run into a brick wall in the Senate, where a 50-50 split has allowed Republicans to block major bills.

Privately, some Democrats have expressed concern about the recent polling numbers they’re seeing for Biden. They wonder if the surveys have lasting power, particularly as critical gubernatorial races loom in the coming weeks and as next year’s midterm elections draw nearer.

Biden ran on a promise to break Washington’s fever after the Donald Trump years, but has had limited success. Opposition to the infrastructure bill from progressives in his party could be particularly problematic in reaching independents who just want to see things get done.

“I think there is definitely some concern that Biden isn’t really doing the things he said he’d be doing, like making things run smoothly again after four tumultuous years,” said one Democratic strategist.

“A lot of people feel like they haven’t seen much of that lately, especially if you’re not drinking the Biden Kool-Aid,” the strategist added.

Matt Bennett, the co-founder and executive vice president of the centrist think tank Third Way, threw cold water on the Gallup poll, calling it an outlier.

He said Biden could drive his approvals back up again if the two bills are able to pass in the coming days. The passing of those measures would “put some wind in his sails”.

“That’s what independents want government to do,” he stated of Congress passing the bill, adding, “It will resonate with them.”

Biden’s slide among independents is part of a broader dip in his poll numbers that began in early August as coronavirus cases spiked and the withdrawal of U.S. forces from Afghanistan led to turmoil. White House officials have largely shrugged off the latest polls, arguing it can be chalked up to anxieties about the pandemic.

Biden, in fact, still has higher approval numbers when it comes to dealing with the pandemic. The ABC News/Ipsos poll, for example, shows Biden receiving 57 percent on the handling of COVID-19. The survey is helping to ease some of the anxiety Democrats are feeling when it comes to Biden’s numbers on other issues.

“It’s all about COVID, at least right now,” one strategist said, adding, “Some people will disagree with me but I think that’s all that really matters now. The closer he can come to bringing the country back from the brink, the better.”

There is optimism that the country has moved past the peak of the delta variant surge as cases and hospitalizations begin falling across much of the country, further feeding into the belief among Democrats that if Biden can get his economic agenda in place it will benefit the president and party members down the ballot.

“Democrats win when they unify behind popular policies that help people, instead of letting the outliers set the agenda,” a coalition of progressive groups said in a statement after Thursday’s infrastructure vote was delayed, adding, “Today, Democrats’ best hope is to unify behind what the people who voted for them want, not cater to the unpopular views of extremist outliers whose priorities resemble those of corporate lobbyists.” 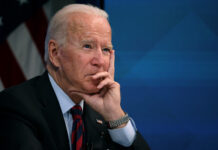 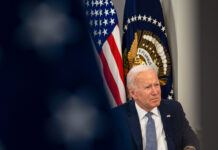 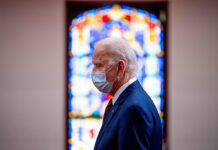 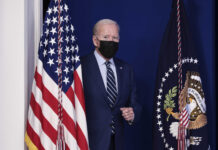 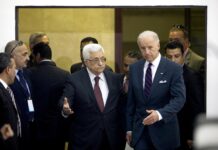 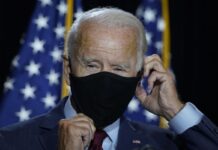 Poll: Americans do not trust Biden on COVID