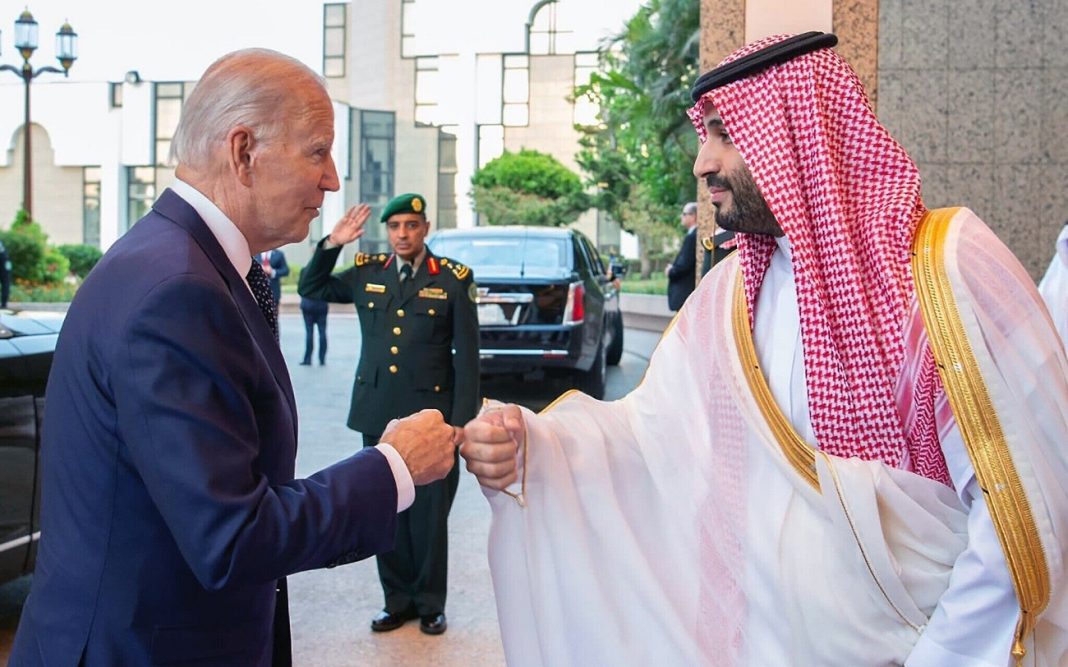 US President Joe Biden says he raised the 2018 murder of Saudi journalist Jamal Khashoggi during his meeting with Saudi Arabia’s Crown Prince Mohammed bin Salman and that he told the Saudi leader he believed him to be responsible for Khashoggi’s death.

“I raised it at the top of the meeting, making it clear what I thought of it at the time and what I think of it now,” Biden said in a speech after hours of meetings with the Saudi crown prince and other Saudi officials in Jeddah.

“I said, very straightforwardly, for an American president to be silent on the issue of human rights is inconsistent with who we are and who I am,” Biden continued, adding, “I’ll always stand up for our values.”

Peppered with questions from reporters about the exchange, Biden later stated that the Saudi crown prince told him he was not “personally responsible” for Khashoggi’s murder.

“I indicated I thought he was,” Biden said, adding, “He said he was not personally responsible for it, and he took action against those who were responsible.”

Biden received criticism earlier on Friday when he was photographed fist bumping the Saudi crown prince, who the US intelligence community concluded approved Khashoggi’s 2018 murder.

Fred Ryan, publisher and CEO of The Washington Post, where Khashoggi worked, called the fist bump “shameful” in a statement Friday afternoon and said it would give the Saudi crown prince “the unwarranted redemption he has been desperately seeking.”

There were questions leading up to Friday’s meeting about whether and how Biden would raise Khashoggi’s killing. The meeting with Saudi leaders largely took place behind closed doors at Al Salam Royal Palace.

Biden also withstood a torrent of criticism leading up to Friday’s meeting. He was accused of reversing on his campaign pledge to make Saudi Arabia a “pariah” on the world stage due to Khashoggi’s murder.

On Friday, Biden told reporters that he did not regret his language then.

“I don’t regret anything that I said,” Biden said, replying to a reporter’s question.

“What happened to Khashoggi was outrageous,” he noted.

Biden also defended the decision to visit Saudi Arabia, which was the second stop on a broader trip to the Middle East.

Biden highlighted progress in moving relations between Saudi Arabia and Israel toward normalization and stated the US and Saudi Arabia agreed to partner on a “far-reaching” green energy initiative.

Biden also expressed optimism that Saudi Arabia would take steps to boost the global oil supply in the coming weeks, which had been viewed as a major goal of the trip given high domestic gas prices and the disruption of the global energy market caused by Russia’s war in Ukraine.

The trip to the Middle East, Biden said, was about reasserting US leadership in the region at a time when China and Russia are trying to expand their influence and challenge global order.

“We are not going to leave a vacuum in the Middle East for Russia or China to fill, and we’re getting results,” Biden added.