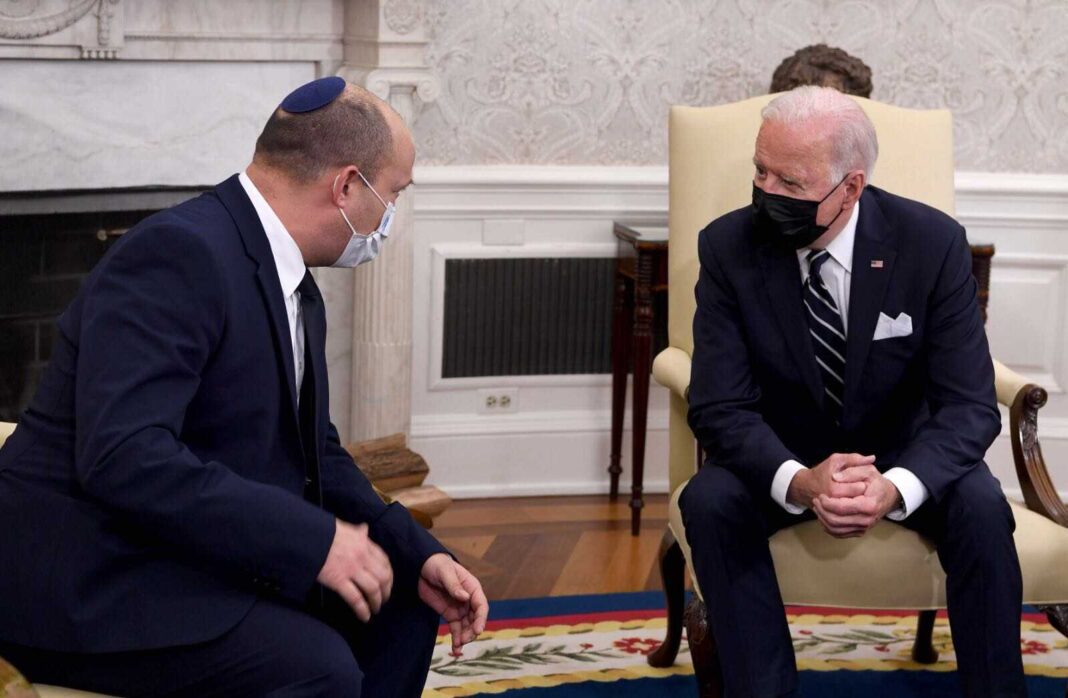 Reports say Israeli Prime Minister Naftali Bennett has recently said he pushed back against US President Joe Biden on Iran’s nuclear program, the reopening of the US consulate in East Jerusalem to handle Palestinian issues, and Israeli settlement building.

“I told Biden ‘no’ three times,” he said during a meeting with leaders of the Yesha Council settlements umbrella group, sources present told Zman Yisrael, referring to his meeting with the American leader at the White House in August.

“Once on the Iranian issue, but I can’t tell you exactly about what — they requested something and I said ‘no’. The second time was about the Palestinian consulate in Jerusalem — it won’t happen. And the third time was about settlements,” he added.

The Biden administration is holding indirect negotiations with Iran on its nuclear program, which have been stalled since June. The new administration has also announced plans to reopen its Jerusalem consulate, which had served Palestinians in the West Bank and East Jerusalem and acted as a de facto US mission to the Palestinians.

When the Donald Trump administration moved the US embassy to Jerusalem, the mission was subsumed into the embassy as the Palestinian Affairs Unit, which was regarded by Palestinians and others as a major blow to their diplomatic standing. Israel opposes the reopening of the consulate.

The administration has also voiced support for a two-state solution and has been reported to convey its disapproval of settlement construction to Jerusalem on multiple occasions.

Bennett, a former director of the settlement umbrella movement who opposes the establishment of a Palestinian state, reassured the settler leaders that construction in the West Bank and East Jerusalem would not slow despite US pressure.

“We know what the Democrats are saying,” Bennett told them, noting, “The settlements are illegal and all that. They told me to build less. Guys, you know where I’m coming from. I’m committed to you — as it was so shall it remain.”

“You know what’s the most relevant [takeaway] from my visit to the United States?… If I am not for myself, who will be for me,” added the prime minister.

Settler leaders present at the meeting earlier this week said that they were taken aback by his candidness.

“We were surprised by his openness,” stated an official present at the meeting, while two other participants contrasted his approach with that of his more circumspect predecessor Benjamin Netanyahu.

Bennett is currently in the US, ahead of his first speech to the United Nations General Assembly on Monday.

Bennett will seek to portray Israel as a global player, whose expertise can offer solutions to pressing world problems, during his speech, a senior adviser said on Sunday.

Bennett’s first UN General Assembly address will focus on the “Israeli ethos of action, of solutions, of innovation, of optimism”, the adviser added in a phone briefing from New York City.

However, Bennett will not speak much about the Palestinians, reflecting his belief that Israel is an important, multi-faceted country, and that its role on the global stage should not be seen through the prism of its conflict with the Palestinians.

“Israel’s relations with the world don’t need to be defined by this specific issue,” the adviser stated.