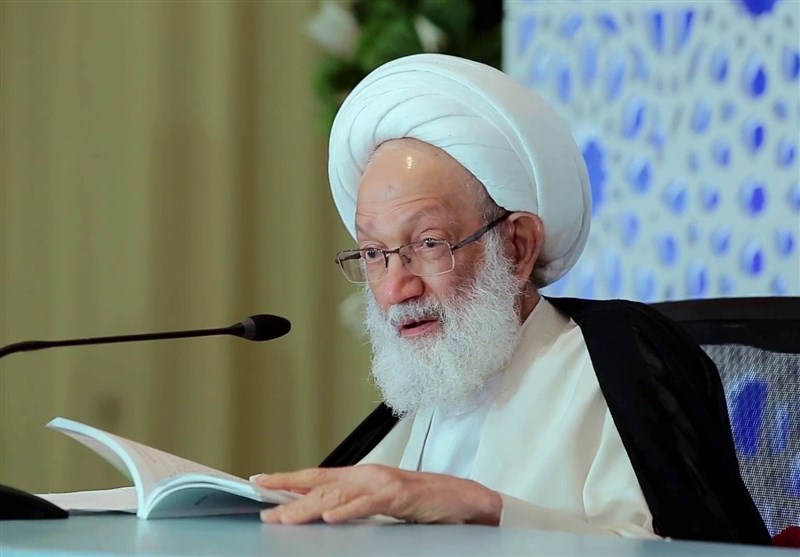 Regime forces in Bahraini have handed a warrant to prominent cleric Sheikh Isa Qassim to appear in court, after clashing with supporters around his house.

Bahraini police forces used tear gas against Sheikh Qassim’s supporters around his residence in the western Diraz region of the country in a brutal effort to gain access to the doorway of the house on Wednesday.

The supporters of the cleric, who have been camping out at the area as a protective measure for his safety, called on more people from the local population to join them following the police raid.

The sit-in protest outside of the cleric’s home entered its 185th day on Wednesday, according to Press TV.

The sit-in protest began on June 20, when Bahraini authorities stripped the 79-year-old cleric of his citizenship, less than a week after suspending the country’s main opposition party, the al-Wefaq National Islamic Society, and dissolving the Islamic Enlightenment Institution — founded by the senior cleric — and another opposition Islamic association.

Following the provocation against the cleric, a senior commander of Iran’s Islamic Revolution Guards Corps (IRGC) publicly declared that the sanctuary of the top cleric was a red line, the violation of which would set fire to Bahrain and the entire region.

Major General Qassem Soleimani, who commands the IRGC’s Quds Force, said in June that overstepping the red line would leave the people of Bahrain with no other choice but armed resistance.

Bahrain’s Interior Ministry had alleged in a statement that Sheikh Qassim actively sought the “creation of a sectarian environment” through his connections with “foreign powers,” charges that were widely understood as regime attempts to silence the dissident cleric.

Bahrain, a close ally of the US in the Persian Gulf region, has seen a wave of anti-regime protests since mid-February 2011. Scores of people have been killed and hundreds of others wounded or detained in a crackdown that Manama has been carrying out to crack down on dissent since then.

Soon, Saudi Arabia and the United Arab Emirates — themselves repressive Arab dictatorships — deployed forces to Bahrain to assist the Manama regime’s crackdown on the peaceful protests.

The regime has imprisoned other senior clerics in the past. Sheikh Ali Salman, one such figure, has been sentenced to nine years in jail in a sham trial.