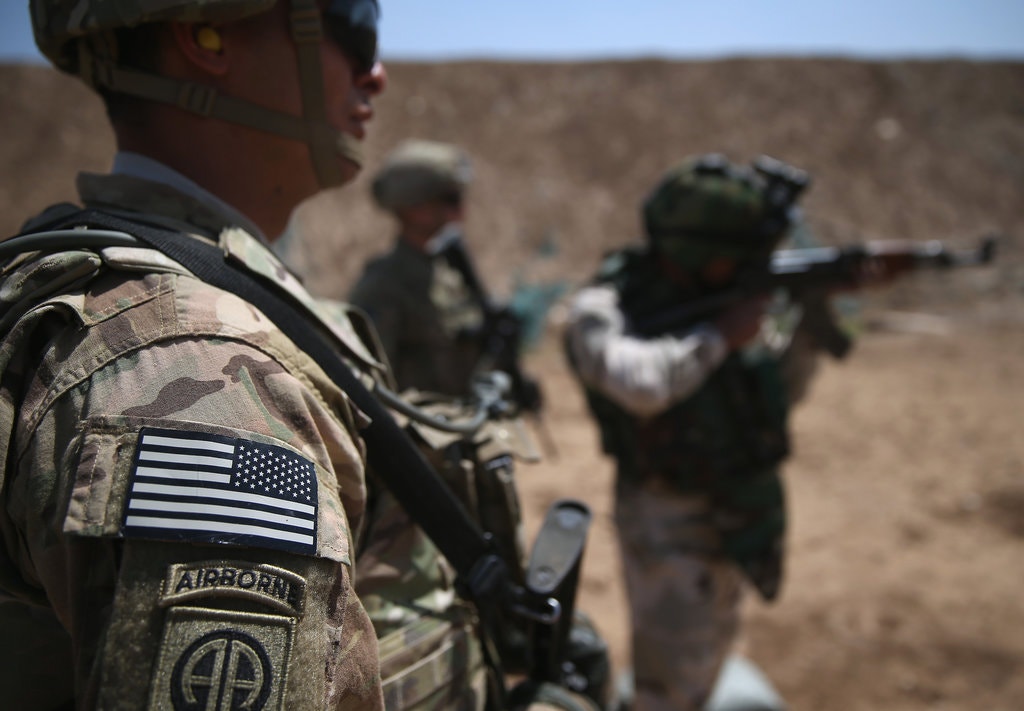 Baghdad and Washington agreed on reducing the number of the US combat troops in two military bases in Iraq by the end of September.

The Iraqi Joint Operations Command (JOC) on Friday announced that the Iraqi and U.S. military agreed to reduce combat units in two military bases in Iraq by the end of September.

The agreement was reached during a meeting held on Thursday in Baghdad between an Iraqi committee headed by JOC’s Deputy Commander Lt. Gen. Abdul Amir al-Shammari and a U.S. committee headed by Maj. Gen. John Brennan, commanding general of the U.S.-led coalition forces in Iraq, a JOC statement said.

The two sides agreed to reduce the combat units from the military bases in Ayn al-Asad in the Anbar province in western Iraq, and Erbil in the semi-autonomous region of Kurdistan in northern of the country. The reduction of U.S. units will be completed by the end of this month, and the remaining units will be for support, equipment, and intelligence sharing purposes, it added.

The meeting was part of what was agreed upon during the U.S.-Iraqi Strategic Dialogue in July, when the two sides agreed to withdraw all U.S. combat troops from Iraq by December 31, 2021.

The two sides also agreed to hold regular sessions to complete the discussion of the remaining steps to secure the transition to a non-combat role for the U.S.-led coalition forces.

The Strategic Dialogue sessions between Iraq and the United States were initiated on June 11, 2020, under the Strategic Framework Agreement signed in 2008 between Baghdad and Washington.

The Iraqi parliament passed a resolution on Jan. 5, 2020, requiring the government to end the presence of foreign forces in Iraq.

The U.S. airstrike also pushed unidentified militias to launch a series of rocket and mortar attacks on Iraqi military bases housing U.S. troops across Iraq, as well as the U.S. embassy in the Green Zone in central Baghdad.

The tension pushed the two sides to launch sessions of strategic dialogue during which the United States pledged to cut its troops in the country.