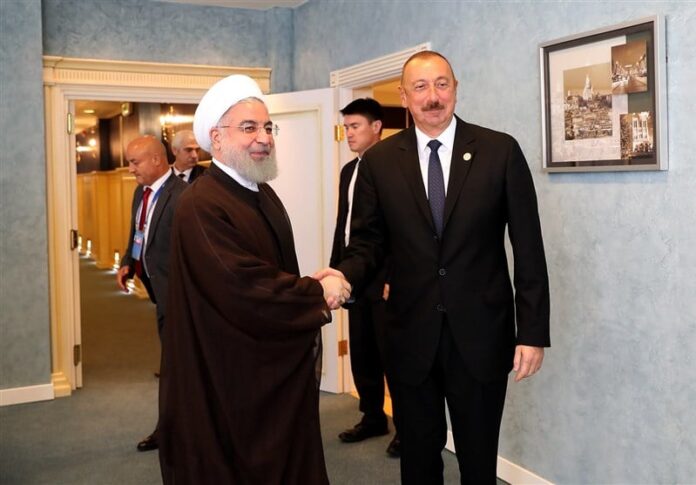 President of the Republic of Azerbaijan Ilham Aliyev condemned the US sanctions against Iran, saying his country treats Iran like a brother and in accordance with the international law.

In a meeting with Iranian President Hassan Rouhani on the sidelines of the Caspian summit in Kazakhstan on Sunday, the Azeri president said his country condemns the American sanctions against the Iranian nation.

Azerbaijan’s stance towards Iran is in compliance with fraternity and the international law, Aliyev noted.

He also assured the Iranian president that “nobody” could ever damage the brotherly ties between Baku and Tehran.

For his part, President Rouhani highlighted the deep-rooted cultural and religious bonds between Tehran and Baku, saying Iran believes in brotherly ties with the Republic of Azerbaijan, something beyond the neighborly interaction.

“By promoting the level of cooperation and coordination, Tehran and Baku will not allow the ill-wishers to harm the two countries’ relations,” President Rouhani noted.

Pointing to the numerous opportunities available for enhanced relations between Iran and Azerbaijan, the president called for efforts to accelerate the implementation of the bilateral agreements and joint projects.

The Iranian president returned to Tehran on Sunday night after taking part in the Caspian summit that concluded with a long-awaited convention on the legal regime of the large lake.