Australia to lift sanctions on Iran 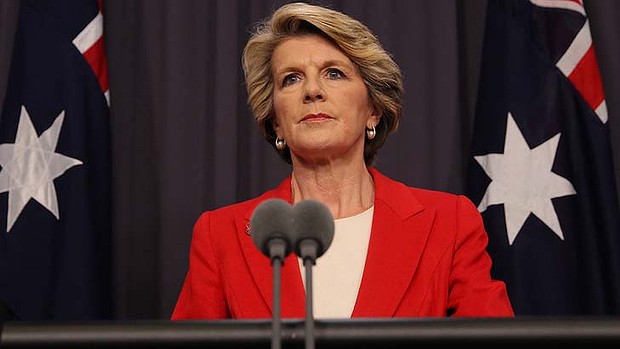 Foreign Minister of Australia Julie Bishop has said that Sydney would lift its sanctions against Iran within days.

“I welcome today’s announcement that Iran has met its commitments under the Joint Comprehensive Plan of Action nuclear deal,” said the Australian minister in a statement appeared on the country’s Foreign Ministry official website on Sunday.

“The Australian Government will then move to lift relevant UN and certain autonomous sanctions, including economic sanctions.

“The easing of these sanctions will ensure that Australian business is not disadvantaged in pursuing opportunities in Iran.”

The Implementation Day started on January 16 when Iran’s Foreign Minister Mohammad Javad Zarif and the EU Foreign policy chief Federica Mogherini read a joint statement in Vienna, Austria, announcing the beginning of the implementation of the Joint Comprehensive Plan of Action (JCPOA).

The joint statement was read after the International Atomic Energy Agency (IAEA) chief Yukyia Amano released a report on Saturday, confirming that Iran honored its commitments to the JCPOA.

Beginning of the JCPOA implementation will pave the way for removal of all sanctions against Iran.

However, Bishop added that Australia “will continue to enforce sanctions on military exports for five years, and maintain restrictions on ballistic missile-related materiel for eight years.”