Armenia vows not to allow any change in borders 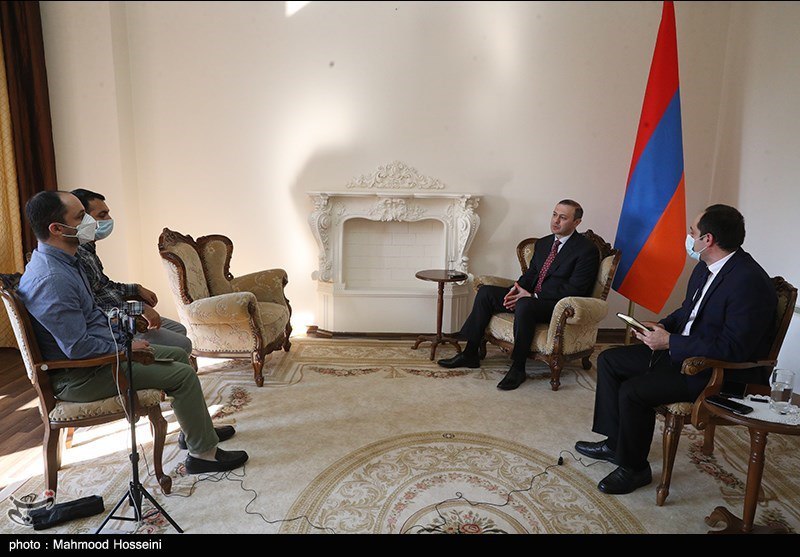 Armenia's National Security Council Secretary Armen Grigoryan has stressed that Yerevan will not allow any change in regional borders.

“The Armenian armed forces are ready to defend the country’s territorial integrity and security. Armenia will not allow border changes in the region; in this case we can clearly say that there is an international consensus on this.” Grigoryan stated in an exclusive interview with Iran’s Tasnim News Agency in Yerevan.

He categorically rejected the idea of creating new corridors in the southern parts of the Caucasus after the 2020 Nagorno-Karabakh conflict which resulted in the liberation of the Republic of Azerbaijan’s territory from Armenian occupation.

“I want to emphasize that Armenia has never proposed, and will not propose anything about this corridor, and it has never held and will not hold negotiations about the corridor,” Grigoryan noted.

The concept of a new corridor called Zangezur between Nakhchivan and the Republic of Azerbaijan has become a hot topic in southern Caucasus these days. But Armenian officials have repeatedly stated that they have not discussed the issue with other parties.

“I would like to make it clear once again that the government of the Republic of Armenia has never negotiated on the territory and sovereignty of Armenia. We have not and will not have any negotiations on the right of sovereignty and territory belonging to Armenia,” the Armenian National Security Council secretary stressed.

Grigoryan said Azeri President Ilham Aliyev’s statements about a new road in southern Armenia are outside the scope of the negotiations, which will never help the development of the talks and will not have a positive effect.

The Azeri president has in the past threatened to use force to establish a corridor through southern Armenia to connect his country with the Autonomous Nakhchivan Republic.

The top Armenian security official stressed that based on previous agreements, the Republic of Azerbaijan can use Armenian territory to connect to Nakhchivan, and Armenia can use Azeri roads and railways to reach central Asia and Russia.

Grigoryan also voiced concern about the insecurity caused by the presence of terrorists and the armed forces of certain countries in the region, saying that Armenia has always warned others about the situation.