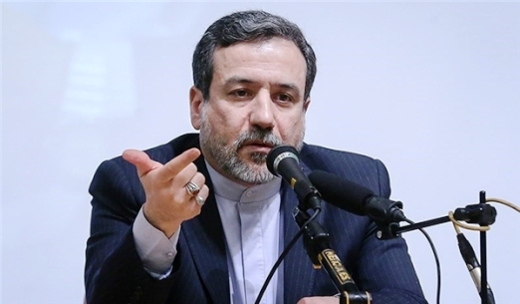 Iranian Deputy Foreign Minister Seyyed Abbas Araqchi underlined that all sides can benefit from the Joint Comprehensive Plan of Action (JCPOA) by countering the spread of Iranophobia.

“Complete use of the JCPOA’s capacities will be realized through counteracting Iranophobia,” Araqchi said, addressing a meeting of the Alborz province administrative council, IRNA reported.

He noted that making use of the JCPOA capacities requires a confident business atmosphere, even if anti-Iran factions are trying to ruin this.

“We should create an atmosphere of Iranophilia to replace Iranophobia,” Araqchi added.

He reiterated that all sanctions have been annulled, and the effects of this will be shown in practice, leading to greater economic exchange, but that this will take time.

Elsewhere in his remarks, Araqchi said the July nuclear deal should not be seen as the end of US hostility towards Tehran, noting that the concessions made by Washington and its allies in the nuclear talks came as a result of Iran’s defensive strength.

“The US enmity is endless, and still continues against the Iranian government and nation,” Araqchi stated, according to a report by Fars.

He underlined that the Iran-US negotiations only focused on nuclear talks, and that no other issues, including bilateral ties, were ever discussed in the two-year-long meetings.

Araqchi underscored the strong impacts of Iran’s defence and missile power on the opposite parties in the nuclear talks, and said, “Had we not enjoyed military and defensive power, we wouldn’t have been able to attain our current achievements, and no country would have made concessions (to Iran).”

“We were able to force our enemies to make concessions in the negotiations when they grew disillusioned with military options against the Islamic Republic, given its missile power,” he added.