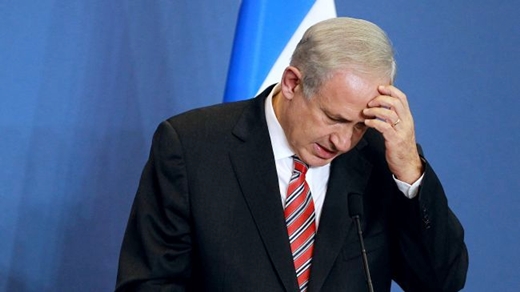 The Islamic Republic of Iran, Germany, the Arab League and the United States have joined Syria in rejecting Tel Aviv’s claim over the occupied Golan Heights, a day after the Israeli premier said the region will be part of Israel “forever”.

During a Sunday cabinet meeting in the occupied territory, Israeli Prime Minister Benjamin Netanyahu ruled out any possibility of returning the occupied Golan Heights to Syria.

The Islamic Republic of Iran, Germany, the Arab League and the United States have joined Syria in rejecting Tel Aviv’s claim over the occupied Golan Heights, a day after the Israeli premier said the region will be part of Israel “forever”.

He also demanded that the international community recognize Syria’s Golan as Israeli territory, a call that drew condemnations and rejections from across the world.

Iran’s Foreign Ministry Spokesman Hossein Jaberi Ansari said the Israeli call was in “blatant violation of international law,” and called on the international community to make a serious effort to stop the Israeli regime’s “expansionist and provocative” acts.

Germany also firmly rejected the Israeli claim over the occupied Syrian territory, and called it a violation of international law and the United Nations Charter.

“It’s a basic principle of international law and the UN Charter that no state can claim the right to annex another state’s territory just like that,” said German Foreign Ministry spokesman Martin Schaefer, adding that Tel Aviv lacked the legal basis for annexation.

Separately, Washington rejected Tel Aviv’s claim, saying it would not recognize the occupied region as part of Israel.

“The US position on the issue is unchanged. This position was maintained by both Democratic and Republican administrations. Those territories are not part of Israel and the status of those territories should be determined through negotiations,” said State Department spokesperson John Kirby, stressing that the current situation in Syria does not allow such a move.

The first quick response was from Syria itself on Sunday, when its Deputy Foreign Minister Faisal Mekdad vowed to liberate the Golan Heights from Israeli occupation at any cost and return it to Syria.

“We are prepared to do anything in order to return the Golan to the Syrian motherland, including using military force,” Mekdad asserted on Sunday.

Israel seized the Golan Heights from Syria after the 1967 Six Day War and illegally annexed the region in 1981, a move which was unanimously rejected the same year by the UN Security Council. The occupation has never been recognized by the international community.

Israel has built tens of illegal settlements in the area ever since. It has also used the region to carry out a number of military operations against the Syrian government.