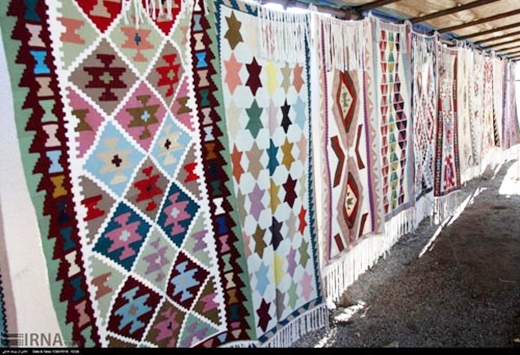 Anbaran village in Astara in the northern province of Gilan, has developed into a handicraft village, said the deputy head of Gilan Cultural Heritage, Handicrafts and Tourism Department.

The village, which is populated by a large number of artists, plays a significant role in the production of Gilan handicrafts, said Salman Shah-Mohammadi, according to a Iran Daily report on Monday.

Handicrafts such as kilim (a coarse carpet) and jajim (a two-sided flat-woven rug), draw the attention of tourists to Anbaran and bring about economic prosperity for its inhabitants, he said.

Shah-Mohammadi underlined that a permanent marketplace and exhibition on handicrafts will be set up in Astara Port.

In addition to domestic tourists, he said, close to 800,000 foreign tourists cross Astara border annually and become acquainted with the local culture and tradition.

He continued that some 700 artisans are involved in weaving kilim, jajim and rug across Anbaran Village. They display their products in seasonal and temporary handicraft fairs as well as put them on sale for domestic and foreign tourists, he added.