An Iranian scientist with a UNESCO award under her belt 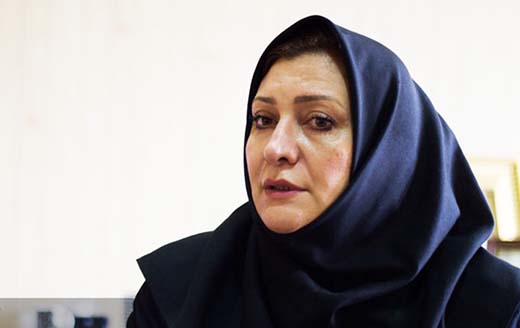 Along with honoring family obligations Iranian women can pursue their ambitions, be active on the social scene and climb up the scientific ladder, said Professor Soodabeh Davaran.

Soodabeh Davaran, an associate professor at the Faculty of Pharmaceutical Medicine at the University of Tabriz, received UNESCO’s Contribution to Science and Nanotechnology Award in Paris in April.

The following is an excerpt of an interview jamejamsara.ir conducted with the 49-year-old Iranian scientist who has dedicated her life to promotion of science and hopes to win the Nobel Prize one day:

You were named elite woman of the year in Iran in 2007, you appeared on University of Cambridge’s list of top 100 scientists in 2008, and you were on the list of outstanding intellectuals of the 21st century issued by the International Biographical Centre. Your 15 inventions and publication of more than 35 articles in internationally-known journals and the recent UNESCO award make your track record quite stellar.

I owe all of my achievements first to God’s grace and then to my diligence and passionate interest in acquiring knowledge as well as the support of my family.

When did you first develop an interest in science?

Many years ago, before I went to school. My father, Professor Hossein Davaran, was among the founding fathers of chemistry in Iran. My interest in this science was so great that we had a small laboratory at home. My sister and I would spend much of our days in the lab.

You are among people whose adulthood calling is the same as their childhood dream job.

When I was a primary school student, I always read the biographies of successful figures in the history of science.  Marie Curie, the first woman who won a Nobel Prize, was one of the people who inspired me to a large extent. I always wished that I could one day make a difference in the world of science.

And now you have the opportunity to get there.

One of my personal characteristics is that I always try to lead a dynamic scientific life. I don’t like stagnation. I like to constantly move forward, because I want to serve my country and humanity and fulfill my childhood dream of winning a Nobel Prize.

Tell us more about the UNESCO award.

I heard about my nomination in early March. Before that I didn’t know anything about it at all because I had not submitted anything to the center.

The award supports those who have a remarkable impact on science and nanotechnology. A jury evaluates articles, inventions and proposals presented by different scientists in over 100 countries before naming the winner.

How did scientific circles react to your winning of the prize?

Based on the reaction and comments of people from far and wide, I concluded that their views about the position of women in the Islamic Republic of Iran have changed. Probably, in the past they assumed that women did not hold a respected position in Iran and their presence was only felt at home. My winning of the title proved otherwise and showed that along with honoring family obligations Iranian women can pursue their ambitions, be active on the social scene and climb up the scientific ladder.