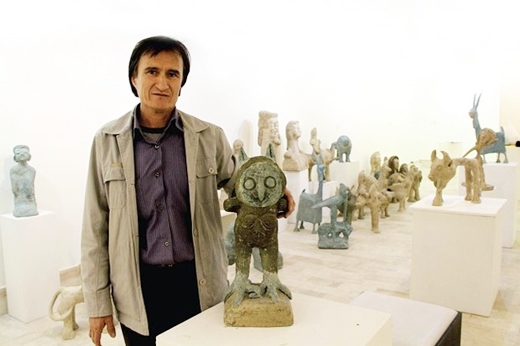 Alikhan Abdollahi is a 27-year-old Afghan national who fled the civil war in his country along with his brother and came to Iran 16 years ago, hoping to find peace here. Back them he never imagined that one day he could display his handworks at an exhibition.

What follows is the translation of part of a report about the Afghan artist iscanews.ir has released:

“I think of myself as a self-thought artist in the true sense of the word, because I have never had a trainer. Building on my imagination which erupts like a volcano inside me, I create artworks,” the Afghan artist said.

He added, “A spark of inspiration is enough for a person to get started; it is not clear when and where such a spark happens. An old man who created paintings of flowers on paper with his fingertips was my source of inspiration. In fact, I view him, who was also a self-thought artist, as my mentor.”

The Afghan sculptor went on to say, “I have trained a student too. Arash is Iranian and has created very beautiful works.”

Abdollahi, whose sculptures have been put on show in both the Iranian Artists Forum and Day Art Gallery twice, and have held exhibitions in Laleh Park, Sa’dabad Palace, Niavaran Cultural Center, Abi Art Gallery and Milad Tower, says, “I am not satisfied with my works and plan to carry on with efforts to improve them.”

He concluded, “I might send my son abroad on a scholarship. I like Iran and think of the Iranians as honorable people.” 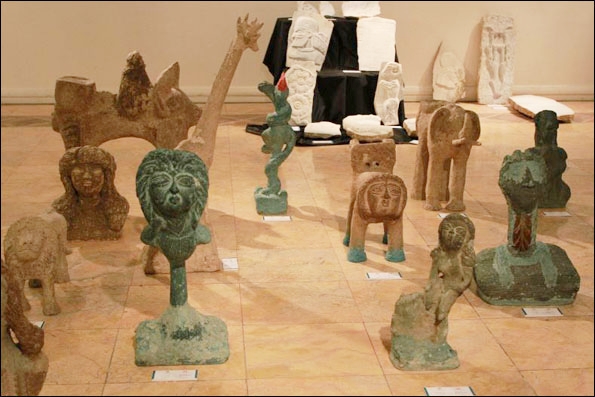