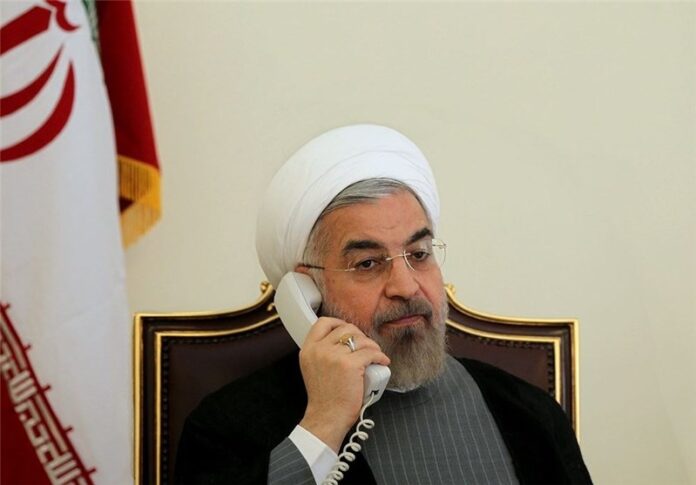 Iranian President Hassan Rouhani on Wednesday referred to a recent agreement between major world players over a ceasefire in Syria, and stressed that the deficiencies in the truce should be remedied and its ambiguities should be clarified.

“There is no doubt that Russia’s effective airstrikes and ground operations by the Syrian army and popular forces forced terrorists and their sponsors to come to the negotiating table, and they realized that military action will be in no one’s interest in Syria,” Rouhani said in a phone conversation with his Russian counterpart Vladimir Putin.

However, the Iranian president noted, the recent deal on a ceasefire in Syria has numerous ambiguities and deficiencies, whose resolution is necessary for allaying concerns.

“In the ceasefire process in Syria, the delivery of aid to the displaced people of Syria should be carried out under the supervision of the central government,” Rouhani stressed.

“Hostages and innocent people should also be released swiftly,” he further said, adding that the way to monitor the ceasefire needs to be clarified, and special attention should be paid to the tight control of Syria’s borders to prevent the crossing of terrorists and their financial resources.

Putin, for his part, stressed that Iran and Russia should have close cooperation and coordination with each other on the resolution of Syrian crisis.

He also said that the proposed truce has certain weaknesses, and underlined the significance of controlling Syrian borders and closely monitoring the ceasefire.

“By controlling Syria’s borders, the entry of terrorists and the transfer of arms, financial, and logistical aid to terrorist groups should be blocked,” he added.

The fight against Daesh (ISIL) and Nusra Front terrorist groups will definitely continue, Putin assured, stressing that Syria’s sovereignty and territorial integrity should not be violated in the organization of international aid to the people of war-torn Arab country.

The phone call was made after the Syrian Foreign Ministry said in a statement on Tuesday that the government accepts the terms of a Monday ceasefire deal announced by the United States and Russia.