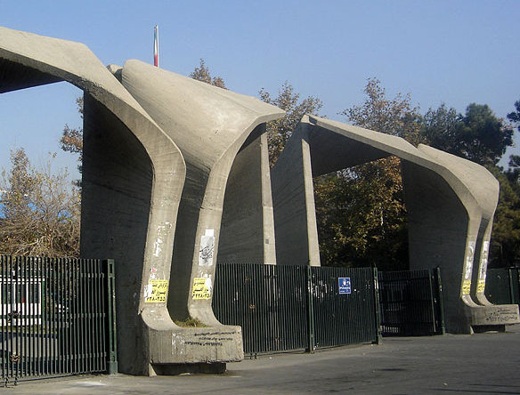 Universities need to enjoy independence, security and opportunities to play an effective role in cementing the scientific foundation of the country.

In an open letter to the heads of the three branches of the Islamic Republic, over 700 Iranian academics have called for efforts to ensure the privacy of universities.

What appears next is the translation of an excerpt of the letter that Ettela’at daily ran on May 11:

Knowledge is key to our country’s power and progress, and universities play an instrumental role in generating modern knowledge and in raising social awareness.

To play an effective role in cementing the scientific foundation of the country, universities need to enjoy sufficient independence in decision making, have enough security to think freely and be given a chance to contribute on the policymaking front.

The exertion of pressure coupled with interferences in the internal affairs of universities, either apparently legal or at times beyond the bounds of law, is in stark contrast with the principles and weighty responsibilities assigned to universities.

Among seemingly legal pressures exerted on universities toward the end of last year [ended on March 20] were two unpleasant incidents which irked a large number of people at universities.

One such incident was the unprecedented role of an organization in preventing a cultural event from being held at Ferdowsi University in Mashhad, it had been granted legal permission though.

The other controversial incident took place when another organization wouldn’t allow an MP to deliver a speech at Shiraz University. Likewise, a legal permission for the speech had been issued.

To add insult to injury, organized pressures beyond the law by some individuals and influential factions are constantly brought to bear on universities.

Such pressures interfere with the fulfillment of responsibilities of universities and make academics feel frustrated and insecure.

We expect the esteemed heads of the three branches of the government, who have the greatest responsibility by law and are known as educated and respectful figures by academics and university students, to use all their powers, particularly their authority in the Supreme Council of Cultural Revolution – which is responsible for laying down rules and regulations for universities – to safeguard the privacy of universities.

Also we want them to make sure unwarranted interference and pressures beyond the law by some organizations on universities become a thing of the past.