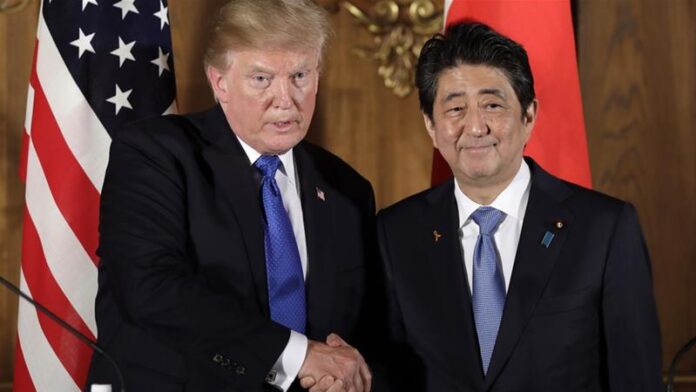 Japan says Prime Minister Shinzo Abe will convey the result of his meeting with Iranian leaders to US President Donald Trump during the upcoming G20 Summit.

Japanese Foreign Press Secretary Takeshi Osuga made the remarks in response to a question asked by the Iran Front Page in a press conference on Thursday in Tehran.

The comments came after Abe met with the Leader of Iran’s Islamic Revolution Ayatollah Seyyed Ali Khamenei in order to convey Trump’s message for Tehran.

“Japan feels that it is in good terms with US. Japan is a traditional friend of Iran as well. Economically, we are not a small power in the Far East, so we do have political influence. We feel we are traditional friends with Iran and the US.”

“We are not doing shuttle diplomacy or mediation, but we are making efforts for the stability of region. Iran and Japan have many bilateral issues in their agenda,” he added.

“Japan will communicate the result of the meetings to Americans in various levels. Trump may come to Japan for G20 summit.”

Abe also was quoted as saying that he would not enter into details but he had several exchange of view with Iran. “I told Mr Khamanei my own view about the intention of Trump.”