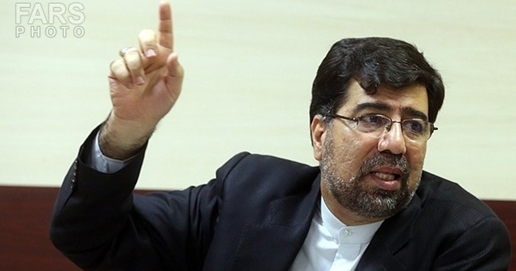 The abduction of senior Iranian officials during the Mina incident is a serious possibility, Hossein Noushabadi said.

Culture Ministry Spokesman Hossein Noushabadi became one of the first Iranian officials to directly speak of the possible abduction of Iran’s former ambassador to Beirut Ghazanfar Roknabadi during the Mina crush on Thursday, saying if he is still alive, he has surely been abducted.

“That the Saudis deny the presence of Mr. Roknabadi (in their country) shows that they are lying; they certainly know the whereabouts of important figures like Roknabadi and other friends who had participated in the Hajj ceremony and are informed of their fate, but they don’t want to speak about the realities,” Noushabadi said on Tuesday.

He said that Roknabadi and other senior Iranian officials who went missing after the Mina stampede have not been among the injured or dead pilgrims and added, “It seems that a plot had been hatched and I imagine that the Saudi security forces have kidnapped them and this is a serious possibility.”

Roknabadi’s case has come under spotlight both in Iranian and Saudi media in the past few days.

Roknabadi, one of Iran’s outstanding diplomats, served as the country’s ambassador to Lebanon for several years.

Iranian Foreign Ministry Spokeswoman Marzieh Afkham Monday strongly rejected the Arab media reports and said that Roknabadi traveled to the country on his regular passport with a Hajj visa.