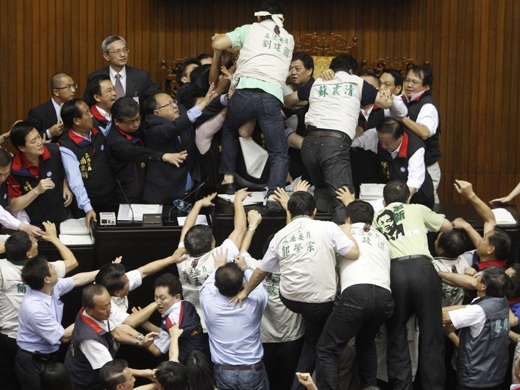 Parliaments across the world have time and again witnessed scuffles break out between lawmakers from different parties over political and non-political issues.

Politicians in different countries go out of their way when they express themselves, and this at times results in shameful physical conflicts.

The following are a series of pictures Mehr News Agency released on March 10 on parliamentary brawls between lawmakers and statesmen from across the world. Take a look: