A look at Iranian newspaper front pages on Feb. 19

Comments by the Supreme Leader that if Europe imposes new sanctions on Iran, Tehran will retaliate and slap sanctions on Europe too dominated the front pages of Iranian newspapers on Thursday. Reformist-leaning papers put on their covers the news of parliament’s failure to allocate budget to efforts to tackle the problem of particulates.

Abrar: “Parliamentary and Assembly of Experts elections will be held on Feb. 26, 2016,” said the spokesman of the Guardian Council.

Abrar: Parliament has opposed plans to levy tariffs on cars in metropolises. 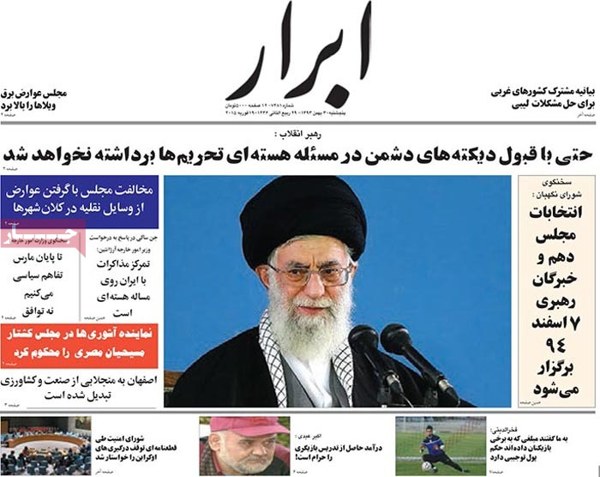 Abrar-e Eghtesadi: Iran and Iraq aim to increase the volume of their bilateral trade to $25 billion. 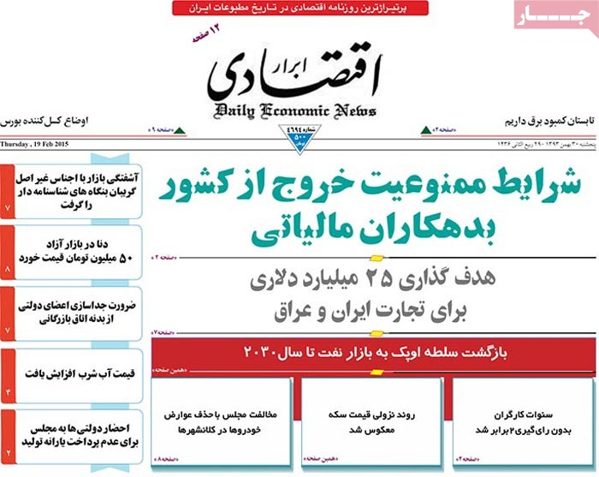 Afkar: “The country’s water resources are in an alarming condition,” said the director of the Environment Protection Organization. 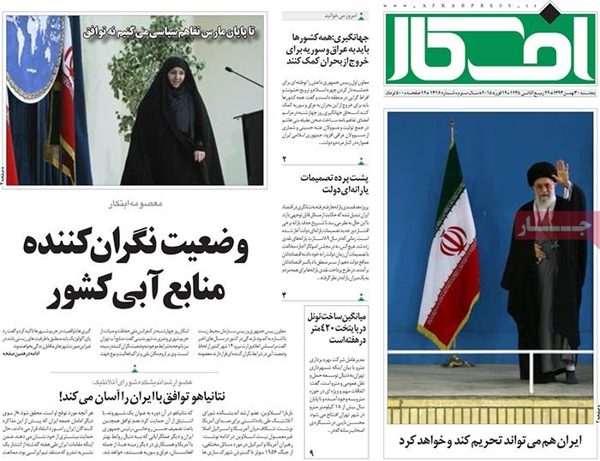 Arman-e Emrooz: Parliament has refused to allocate budget to efforts to fight particulates.

Elyas Naderan [a principlist MP] has said: We fear the budget might be used for political purposes! 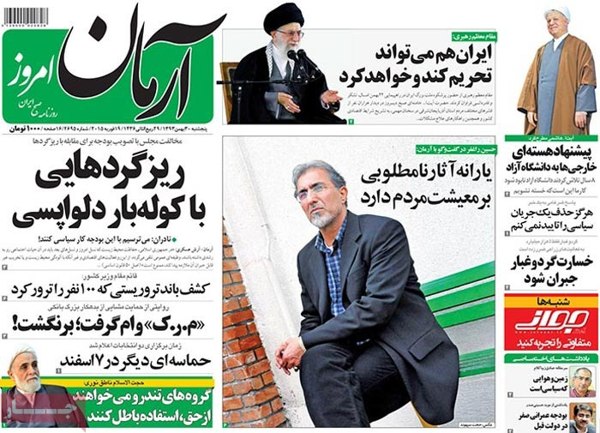 Etemad: Zarif and Kerry in Geneva on Sunday and Monday

A new round of expert talks will get underway tomorrow. 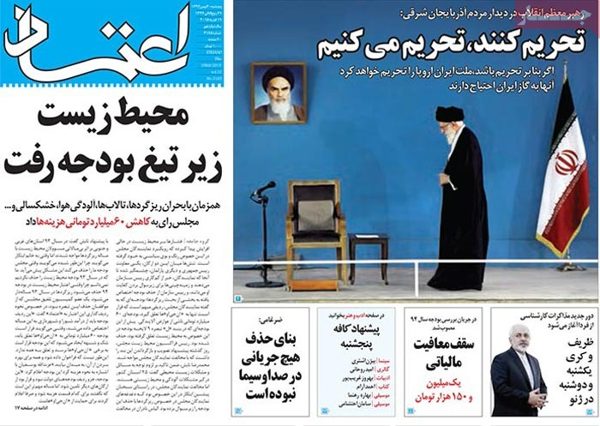 Ettela’at: Some 22,750 trees have been planted in Tehran in honor of martyrs.

Ettela’at: The first vice-president has met with [Iraqi Shiite cleric] Grand Ayatollah Sistani to discuss issues related to the region and the world of Islam. 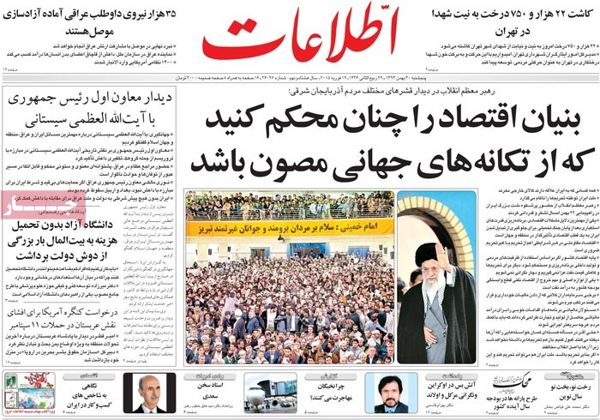 Ghanoon: After a recent rainfall, the air in Ahvaz temporarily turned blue. 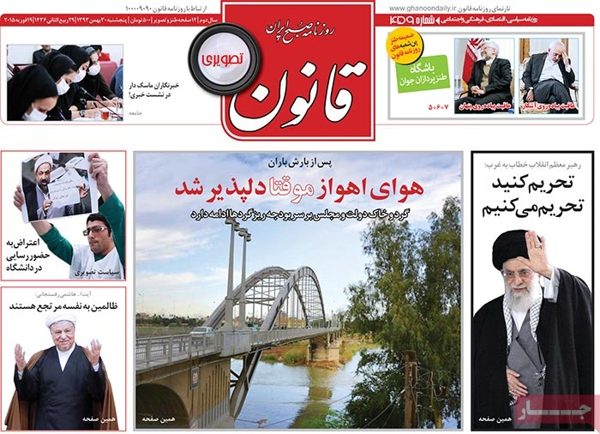 The judiciary chief, who was in Lorestan Province, further said the case of an individual who has received almost $2.2 billion in banking loans without collateral is under investigation. He also said the judicial system aims to support healthy investment. 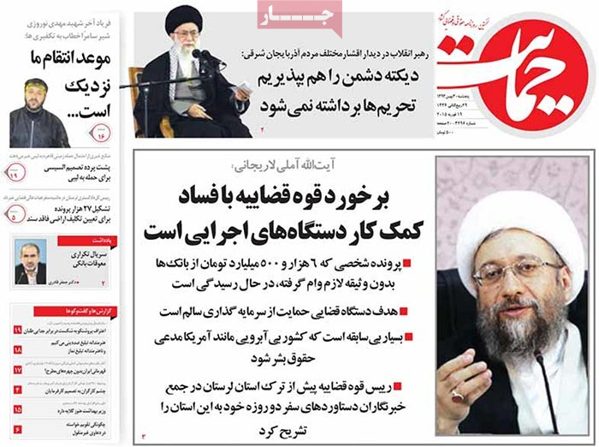 Jahan-e Eghtesad: The environment budget has been eliminated under political pretexts. 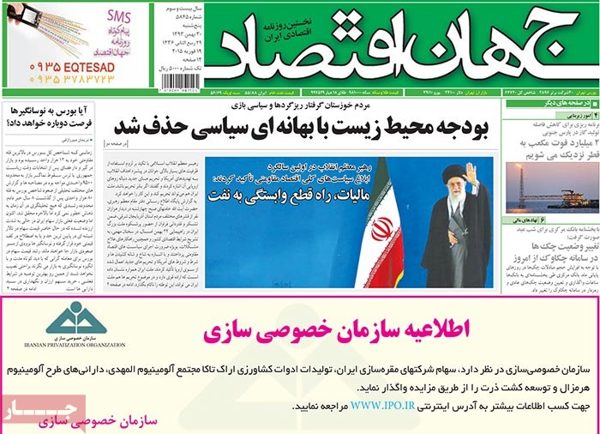 Javan: “The Iranian nation did not like the cordiality between Zarif and Kerry,” said the Leader’s representative at universities. 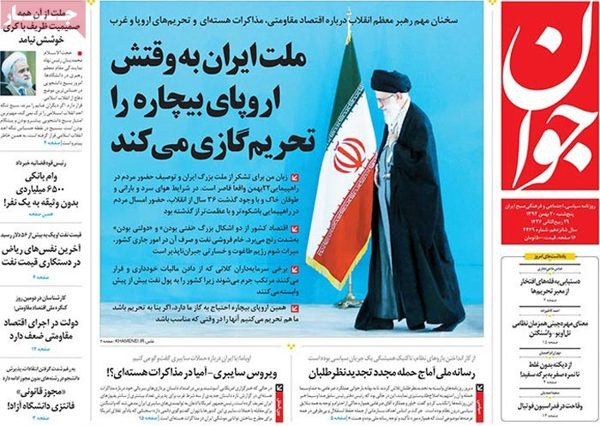 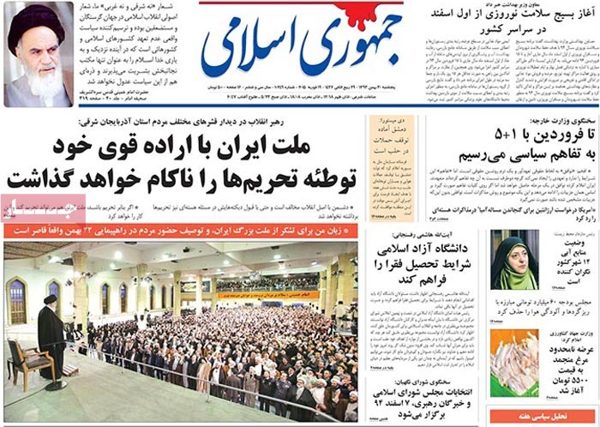 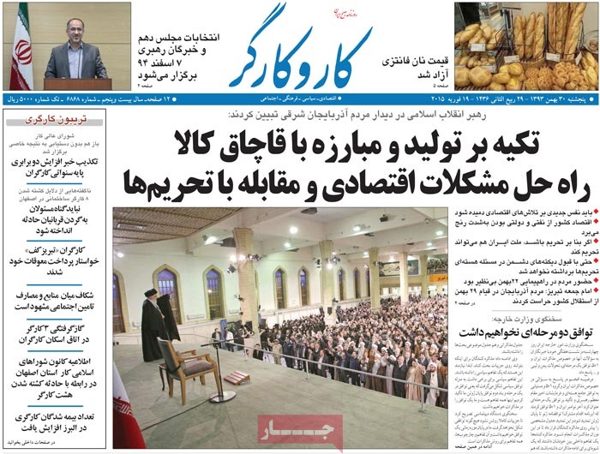 Kayhan: “They won’t lift the sanctions. The enemy is opposed to the nature of the revolution,” said the Supreme Leader. 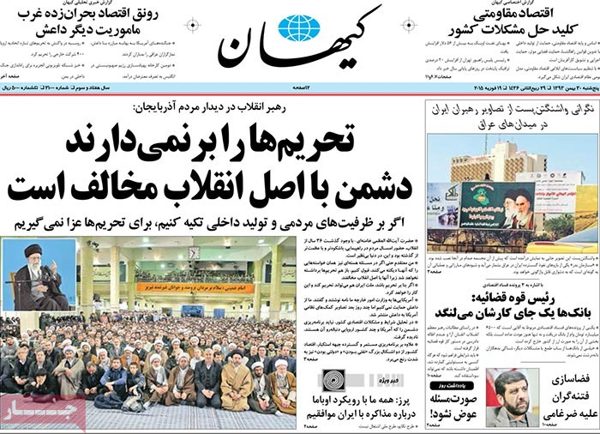 Mardomsalari: The Supreme Leader has said the problem of Iran’s economy is that it relies on oil and is run by the government. 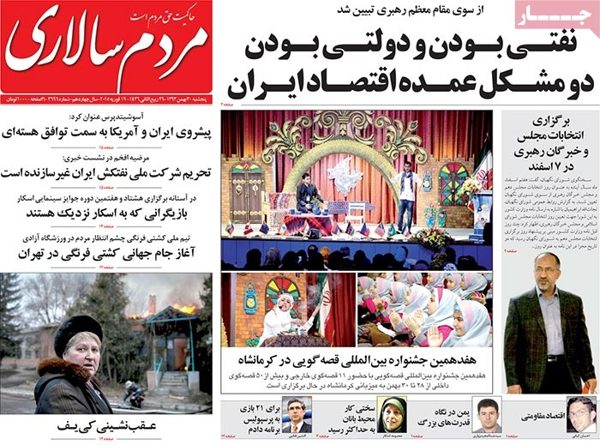 Sharq: [Former IRIB chairman] Ezzatollah Zarghami has denied that the national broadcaster followed a factional agenda when he was in charge. 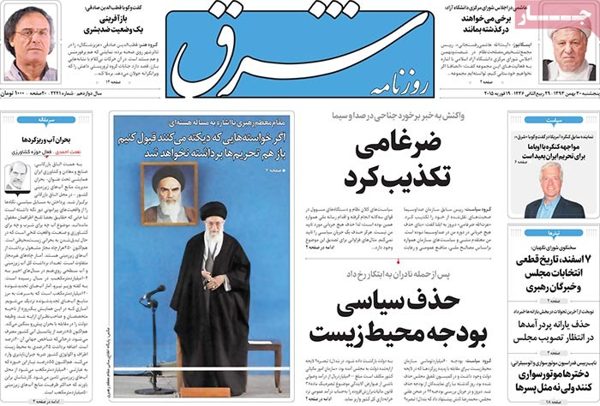