A look at Iranian newspaper front pages on April 5

Reaction to the release of Lausanne nuclear statement continued to dominate the front pages of Iranian newspapers Sunday. Also in the news were the comments President Rouhani and Ayatollah Rafsanjani made about the nuclear talks and the road that lies ahead. 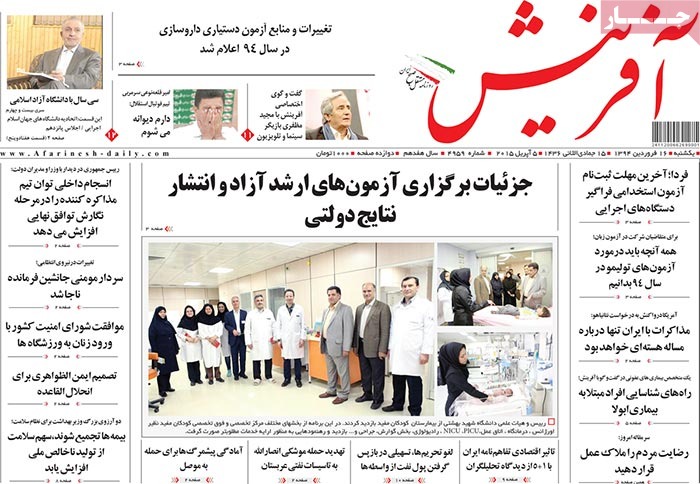 Afkar: The US Senate has backpedalled on plans to impose new sanctions on Iran. 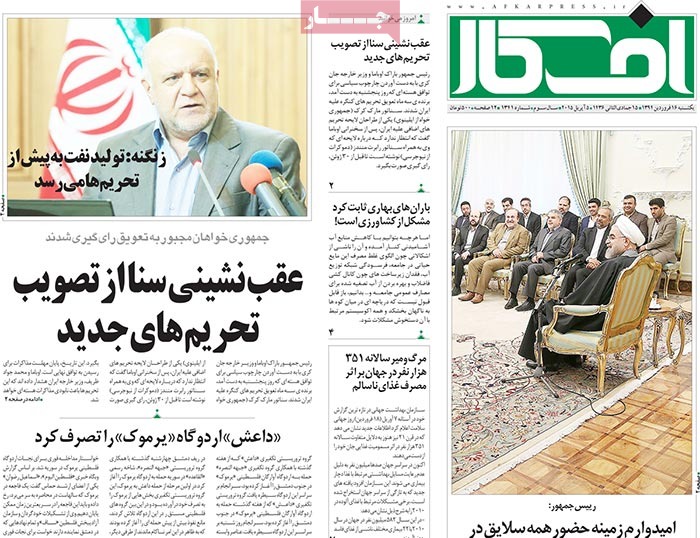 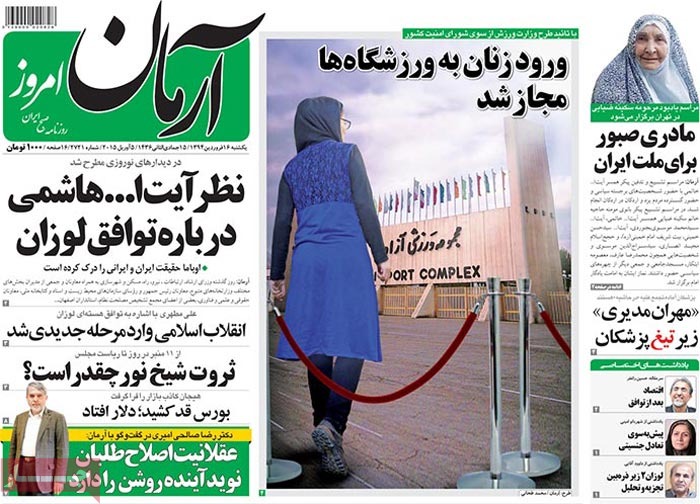 Ebtekar: “Oil production will return to the levels of the pre-sanctions era,” said the Iranian oil minister. 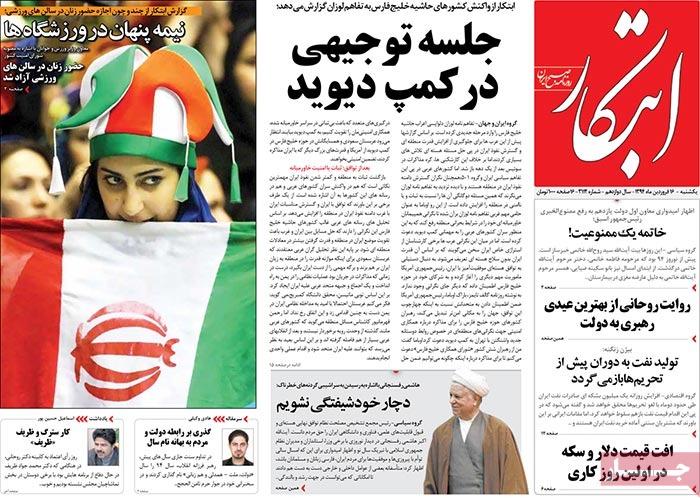 Etemad: Ayatollah Hashemi has welcomed the Lausanne statement and warned about the impact of local pressures on the talks.

The chairman of the Expediency Council also said that the three-month period that lies ahead is vital. 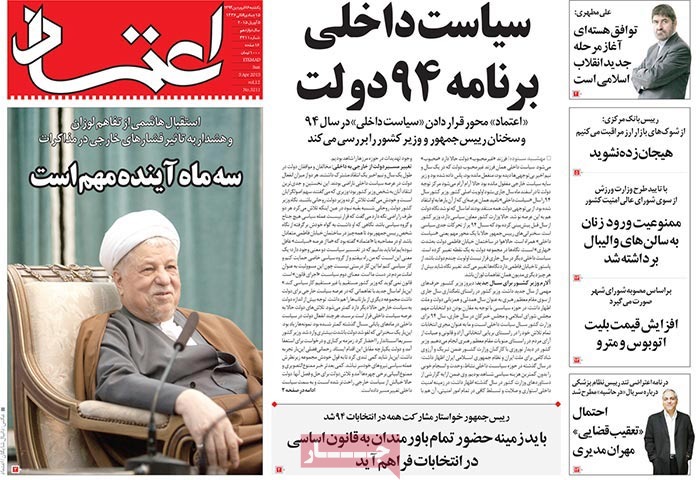 Ettela’at: “National cohesion will increase our strength in taking the final step in the nuclear deal,” said President Rouhani. 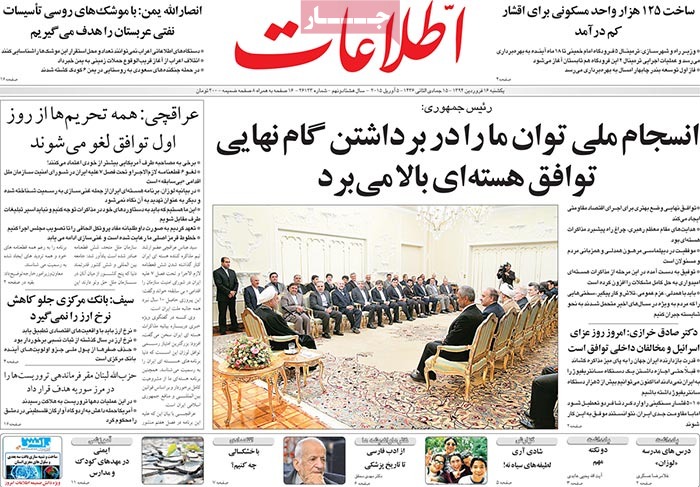 Resalat: “The statement released in Lausanne is not a one-stage deal [Iranians have been insisting on],” said Morteza Nabavi, [a senior principlist figure]. 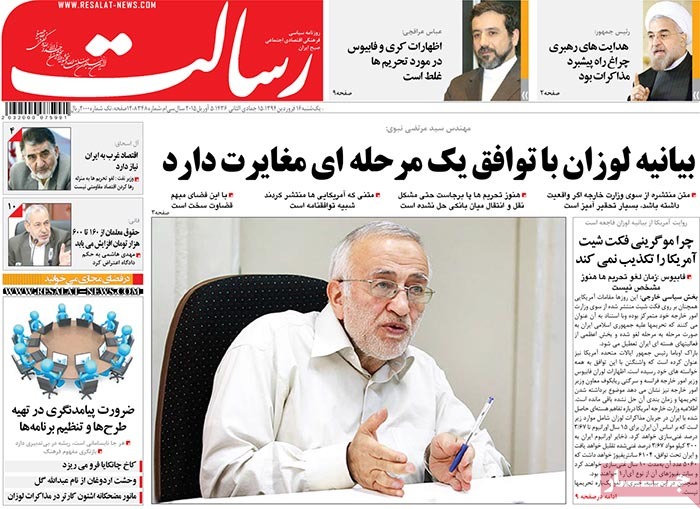 Sharq: The Islamic Republic of Iran Medical Council has lashed out at “Hashiyeh” a comic TV series directed by Mehran Modiri. 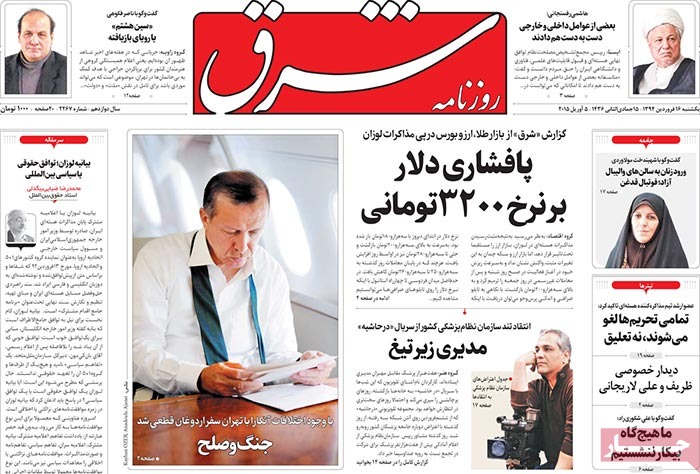 Taadol: The stock exchange gained more than 2,000 points after the release of the Lausanne statement.