A cleric? A pilot? Both! 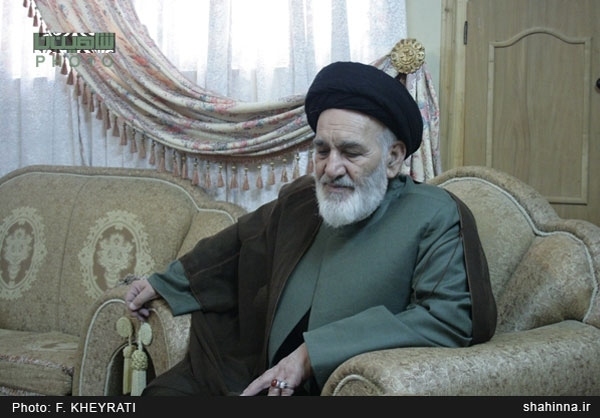 A look at the life of an Iranian colonel who has served his country both as a pilot and a cleric.

During the Iran-Iraq war, Colonel Seyyed Noureddin Hosseini juggled two jobs: He flew a Cobra helicopter and promoted Islam as a cleric.

Hosseini, who suffered 53 percent disability in the Iraqi-imposed war, has a liking for poetry and has written some Ruba’is [Persian quatrain] about the Prophet Muhammad’s household.

On April 18, Iran’s Army Day, Shahinna.ir, a news website, posted online an interview with Hosseini. The following is a partial translation of the interview: 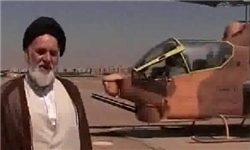 “I joined the Army Air Force in 1975 because I was passionately interested in flying. I became a Cobra helicopter pilot after completing a training course. However, my father did not want me to serve the Pahlavi regime, so he asked me to give up the force and sign up at the seminary.

Following the Islamic Revolution, I was about to abandon my flying career and start studying religion at a seminary, when the war erupted. Given the country needed pilots to defend itself in the face of Iraqi aggression, I stayed with the Army on the advice of my father.

However, I did not give up the seminary. Whenever, there was no military operation and I was free, I studied. Finally I was bestowed the clerical garb in 1982,” the retired colonel said.

As for his retirement plans, he said “A cleric never gets retired”, adding after his retirement from the Army, he set up 23 religious congregations and still runs some of them. He also teaches ethics courses to the youth.

He said that he had two sons and five daughters who are all highly educated and have done courses at the seminary.

When asked about his advice to the youth he said, “The world is heading toward purity and every one should try to purge his/her soul of impurity and try to reform society.”