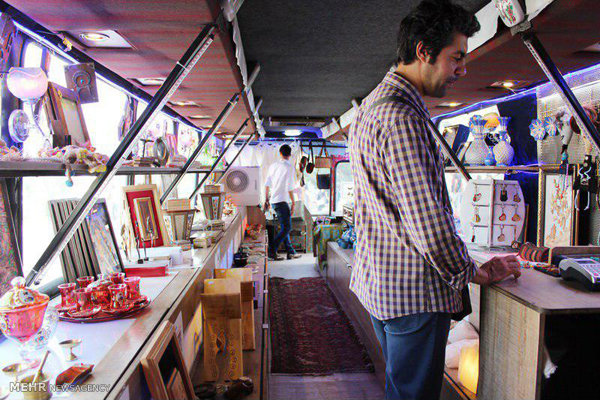 A bus, dubbed Ghasedak, doubles as a portable handicrafts shop, displaying souvenirs from different parts of Iran on its journey.

Hassan Nikzad, 56, came back to Iran after 35 years of living in the southern German city of Freiburg, in order to follow his interest in cultural heritage and handicrafts of his country. Nikzad, who was born in the central Iranian city of Arak, studied electronics, but now manages a restaurant and a bowling alley in Germany. Nikzad’s childhood interest in handicrafts led him to make a decision: setting up the handicrafts bus in Iran in 2012. He has decided to drive the bus to Europe in order to show Iranian handicrafts to other people. He attends fairs, universities and promenades to display handicrafts. There has been a warm welcome of these items in Iran. “I have gained a great deal of experience in displaying handicrafts in my bus, and this will be useful for my future trip to Europe,” he said.

“My restaurant in Germany is called Isfahan”

Nikzad married a German woman and they have two kids. His restaurant is decorated with handicrafts from different parts of Iran. He explains, “A partnership was declared between Freiburg and Isfahan. I set up a restaurant called Isfahan, which has been visited by Isfahan’s mayor and Iranian athletes. The restaurant is so busy that people need to reserve several days in advance. Otherwise, it is booked out.” 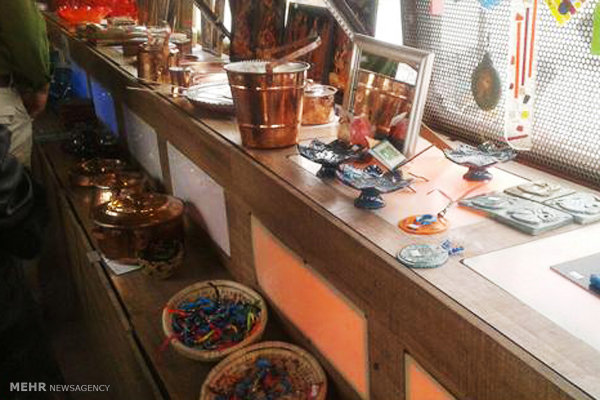 “I know where to sell my handicrafts”

Nikzad is an artist himself. When the artist parks his bus in a beautiful place, he sets up a desk near his bus and begins carving. “I have been interested in woodwork since my childhood,” he says. “Nowadays, I do woodcarving, engraving and burling as well. Wherever I park my bus, I make some items that people enjoy. My knowledge of handicrafts helps me know what kind of items people such as the Germans like. Wherever I go, I contact local artists and ask them to help me. I even buy their artworks to display in my Ghasedak.” 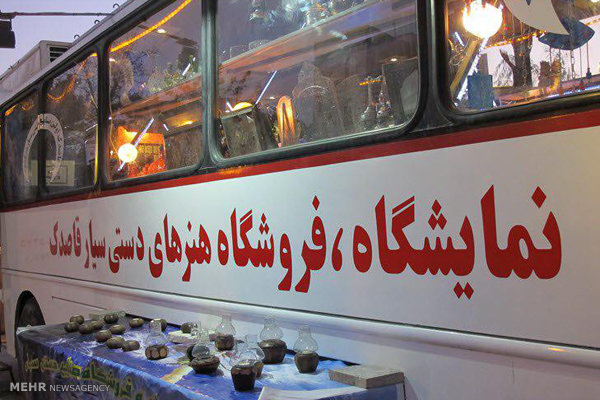 “I want to drive my bus to Europe”

Nikzad has registered his plan, and Iranian officials promised to pave the way for his trip abroad by bus, helping him to take Ghasedak all across Europe. The artist notes that there are many Iranian handicrafts which fascinate European people. He adds, “Of course, all Iranian handicrafts are attractive, especially enamels from Isfahan, inlays from Shiraz, pottery from Lalejin and Iranian carpets. They are interesting for other nations, especially for Europeans. Also, there are certain items which are not very important for us Iranians, but are worth more in Europe. Rock salt is ordinary in Iran, but is very attractive to others, because they are well aware of its medical importance.”