7 things to consider before sending troops to Syria 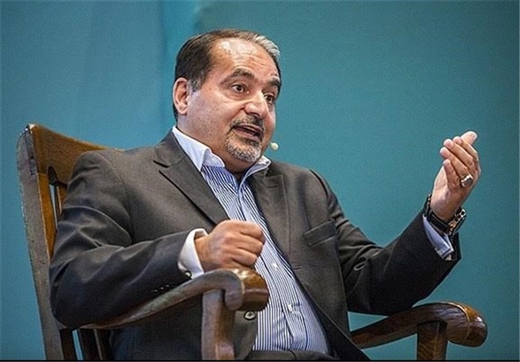 Saudi Arabia has offered to deploy ground forces in support of the US-led coalition’s fight against the Islamic State (IS) in Syria — apparently with American support. Such a move will undoubtedly make the conflict even more nightmarish.

Saudi Foreign Minister Adel al-Jubeir has stated: “The United States government was very supportive and very positive about the kingdom’s readiness to provide special forces to the operation in Syria.” It seems Washington and Riyadh have not learned from their past mistakes, of which there have been many:
1. The United States supported the revolutions in Tunisia and Egypt and even flirted with supporting the Muslim Brotherhood. The US made the mistake of believing that Syria could follow in Egypt’s footsteps, even though Syria had a far more sensitive sectarian and political balance than either of those countries.
2. Turkey, Qatar and Saudi Arabia cast aside their relatively friendly relations with Syria the second they saw an opening for the Muslim Brotherhood (in Turkey and Qatar’s case) or Salafist groups (in Saudi Arabia’s case) to seize power. They wanted to advance their interests at the expense of Iran’s and were willing to do anything to this end, including taking an extremely sectarian position in the Syrian conflict and trying to uproot Alawites from power — regardless of the cost.
3. The administration of US President Barack Obama also saw an opportunity in toppling the Syrian government and supporting US “allies” in the region — namely, Turkey, Qatar and Saudi Arabia — while in reality, it only perpetuated the neoconservatives’ “creative chaos” vision. The result after years of conflict is that the United States’ demand for the removal of Syrian President Bashar al-Assad is now unattainable.
4. By participating in a major anti-government demonstration in 2011, US Ambassador to Syria Robert Ford emboldened extremist forces by making them believe Washington was on their side.
5. In June 2012, the United States and Russia signed the Geneva I agreement, which set the ground for a road map to resolve the Syrian conflict. Instead of vigorously and rapidly pursuing this plan to forge a peace process, the United States backed off and delegated its policies to the Turks, Qataris and Saudis, who unleashed massive military and financial support to the opposition. This was the biggest misstep of the past five years. Diplomacy, just as it solved the Iranian nuclear dispute, is the only way to resolve the Syrian conflict. The situation ultimately became such that Assad could not afford to step down without both himself and the Alawite minority facing a mortal threat. He thus responded with extreme military force after being surrounded in a winner-takes-all conflict. Subsequently, his extreme response backfired by inflaming the opposition and reducing the chances for reconciliation.

6. Supplying the Syrian opposition with arms and unlimited financial and logistical support, even as it had no credible political, secular or nationalist leadership, opened the door to extremist elements becoming dominant and killing the Syrian people’s democratic aspirations. The Syrian army could no longer rely on the majority Sunni population for its base and had to open the door for Hezbollah, Iran and more recently Russia to counter the terrorist groups it faces. The conflict has thus become an all-out regional and international proxy war. The Syrian military’s reliance on air power led to the massive destruction of towns and cities as terrorist groups entrenched themselves in civilian quarters. Areas controlled by the terrorists have become fierce battle grounds. This has caused an unprecedented refugee situation internally and externally.
7. Drawing a line between moderate and extreme opposition factions has now become impossible, and almost a sad joke. These groups draw their ranks based on who pays the highest salaries, tribal and regional affiliations, and ever-shifting allegiances and financial sponsors. They are often led by fanatic religious zealots who are willing to do anything to advance their agenda. Every foreign member of IS, al-Qaeda and Jabhat al-Nusra has entered Syria via NATO-member Turkey, where in many instances they were supplied with money, weapons, drugs, women and training camps and then sent off to Syria.
These and many other elements have contributed to the tragic mess in Syria today. The current challenge posed by IS is the biggest threat currently facing both the Muslim world and Western civilization. IS is now the No. 1 threat to the peace, stability and security of the Middle East — and the world. It’s of supreme importance to note that IS was for years funded by wealthy donors in Kuwait, Qatar and Saudi Arabia, all of which are US allies.
Make no mistake: Saudi Arabia’s main goal in Syria is to overthrow Assad. In this vein, Saudi ground troops entering the conflict would only strengthen terrorist groups like IS. While the Saudis have in the past pressured the United States to attack both Syria and Iran, they have launched a brutal assault on Yemen to uproot the Houthis from power. The United Nations has confirmed that Saudi forces have violated international humanitarian law, requiring an international investigation. Riyadh also deployed military forces into neighboring Bahrain in 2011 to quash the Arab Spring-inspired uprising there in support of the continued minority rule of the Sunni al-Khalifa monarchy. Saudi Arabia has failed to achieve the aims it has sought through all of these measures.
By supporting a Saudi ground invasion of Syria, the United States would be aiding and abetting the expansion of terrorism as well as pushing Iran and Russia toward threatening the very viability of the House of Saud. This would be a devastating mistake that the United States and Saudi Arabia should not make. Riyadh is already overstretched and does not have the capacity to meet its commitments. Last but certainly not least, one should bear in mind the Russian prime minister’s dire warning: “Deploying ground troops in Syria would spark World War III.” (al-monitor.com)
(Mousavian is Associate Research Scholar at Woodrow Wilson School Princeton University. He is also a former senior Iranian nuclear negotiator)