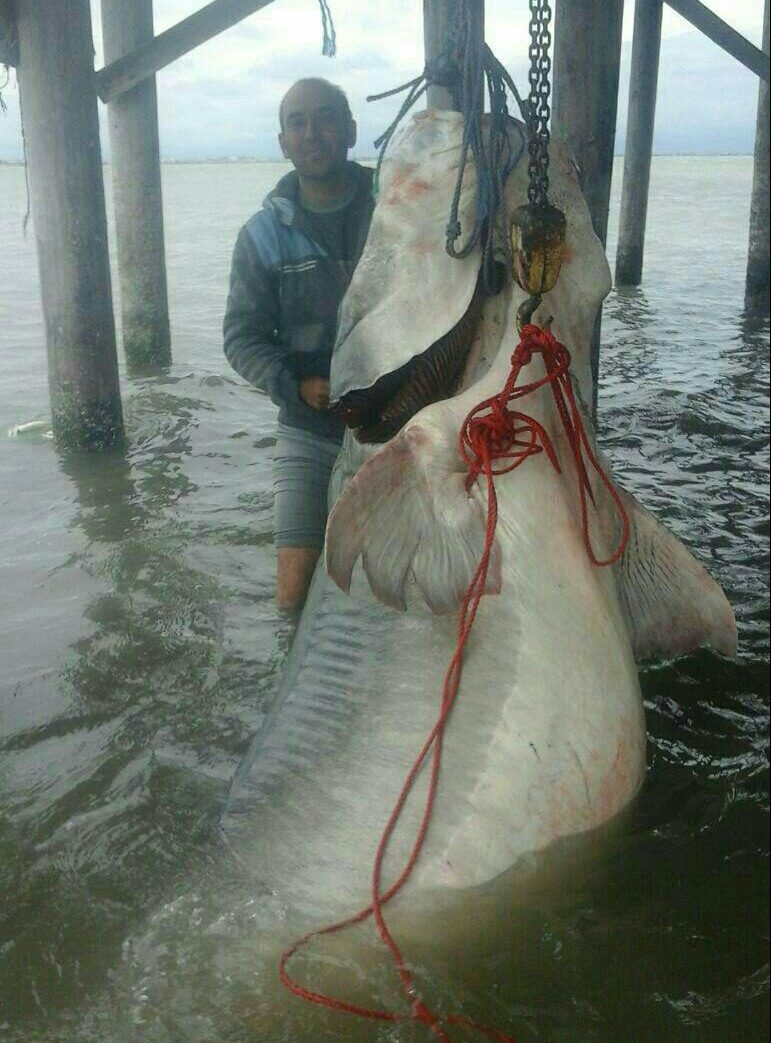 A huge beluga – or European sturgeon – with a weight of 600 kilograms has been caught in northern Iran from the Caspian Sea.

Fishermen have caught a huge 600-kilogram beluga – or European sturgeon – in Gomishan County, northern Iranian province of Golestan, from the Caspian Sea, which has 93 kilograms of roe in her ovary.

According to a Farsi report by Fars News, Gomishan County is the northernmost city along the Caspian Sea’s coastline in Iran.

The Beluga is a species of anadromous fish in the sturgeon family. It is found primarily in the Caspian and Black Sea basins, and occasionally in the Adriatic Sea. Heavily fished for the female’s valuable roe – known as beluga caviar – the beluga is a huge and late-maturing fish that can live for 118 years. The species’ numbers have been greatly reduced by overfishing and poaching, prompting many governments to enact restrictions on its trade.