5 Terrorists Killed in Clashes with Police in Southeastern Iran 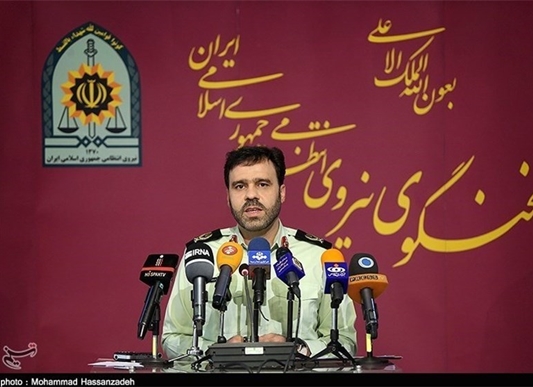 Several members of a terrorist group were killed and wounded in clashes with the Iranian Law Enforcement Police forces in the Southeastern city of Khash on Monday June 13, Police Spokesman Brigadier General Saeid Montazer-al-Mahdi announced.

According to a report by Tasnim, as translated by IFP, five members of the Jaish ul-Adl terrorist group were killed in clashes with Iran’s Police in Khash, Montazer-al-Mahdi noted.

“Police forces seized a huge amount of explosives from the ring’s members, who wanted to launch terrorist attacks inside the country,” he went on to say.

He also noted that one Iranian police force member was also killed during the ongoing fight.

According to local sources in Sistan and Baluchestan province, clashes between the terrorist group and the Iranian police started a few hours ago and heavy fighting is still underway between the two sides.