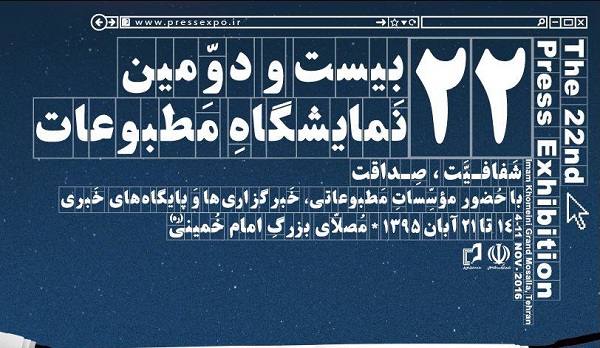 The 22nd edition of Iran’s Press Exhibition was officially opened on Saturday morning in a ceremony attended by President Rouhani.

Known as one of Iran’s most important cultural events, the 22nd edition of the Press Exhibition got underway in capital Tehran on Friday, while President Hassan Rouhani inaugurated the fair officially on Saturday morning.

The annual event is attended by representatives of more than 900 newspapers, news agencies and media outlets, showing a 30 percent increase compared to the previous exhibition.

Here are photos of the opening ceremony taken from different Iranian news agencies: