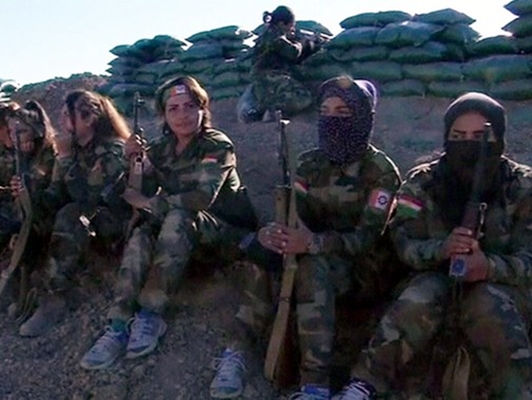 Media reports show that dozens of Iranian-Kurdish women are fighting the ISIS terrorist group as part of the operation to retake the northern Iraqi city of Mosul.

According to a report by Entekhab, as translated by IFP, a group of 200 Iranian-Kurdish women are taking part in Mosul Liberation Operation along with Iraqi forces and Kurdish Peshmarga.

Reuters claimed that one of these Iranian women has already been killed in the fight against ISIS.

These women have told Reuters that the ISIS is afraid of women.

Knowing the atrocities the ISIS has carried out against women, these Iranians say the female fighters had made a pact never to allow themselves to be taken captive.

One of them says she is not afraid of ISIS militants even though she has seen what heinous crimes they commit. She said she is resolved to fight the terrorist group after seeing their atrocities.