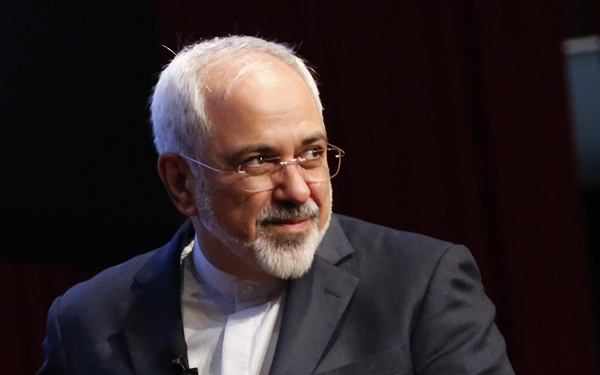 “The international community will need to learn, particularly those who talk a lot about fighting extremism [and] terrorism … that they need to be serious, they need to act rather than simply take political decisions in dealing with that,” he added.

In response to a question regarding the Iranian position on the Nagorno-Karabakh conflict, he said, “We believe that our region does not need any more conflicts. We are all faced with extremism and terrorism that is emanating from years of occupation of Iraq and the situation that came after that, the rising extremism after the US occupation. And now that threat is threatening us all, particularly in Central Asia and the Caucasus region. We are all faced with the threat of extremism, so we need to set up all disputes to peaceful means, to respect international law and principles of the UN Charter.”

He further noted, “The (Iranian) president also called both presidents calling for an end to hostilities. We are very happy to see an end to hostilities right now and cessation of hostilities or a ceasefire. We hope this would be the prelude to serious negotiations in order to resolve this issue. Our region requires cooperation between everybody. We believe Armenia as a neighbor and Azerbaijan, as a close friend of Iran, need to have good relations and we hope and support all efforts aimed at resolving this problem.”

On the expectations he has from the North-South Transportation Corridor, Zarif said, “The North-South corridor will enable probably one of the best and cheapest routes from Asia to Europe.”

He added, “It would not just serve the citizens of the three countries. The North-South Corridor will enable probably one of the best and cheapest routes from Asia to Europe. And this will enable countries in Europe and Russia to be able to connect through the Persian Gulf and through the Sea of Oman in a way that could make economic sense. It requires all of us – Iran, Russia and Azerbaijan – to cooperate on building the infrastructure, on easing our customs and tariff values, so that we can encourage greater trade. And we are ready for that and I believe this was a good first step. It would be followed by a summit and probably by meetings in the sectorial field.”

Regarding the next summit of the five Caspian states in Astana, the capital of Kazakhstan, the Iranian foreign minister said, “We hope to be able to finish the Convention. We believe that the countries around the Caspian, this is a peculiar environment with a very specific legal system. We need to finalize the legal document, the Convention on the Caspian. We also need to enhance our cooperation with regard to the environment. We already have the necessary legal framework for cooperation, and the environment cooperation, and the fisheries.”

He added, “And we also need to make sure that the Caspian will remain a zone of peace, a zone of friendship and cooperation among the countries, the littoral states of the Caspian. We are hopeful between now and the summit in Astana there’ll be meetings both on the expert and the ministerial level and we believe that those meetings should prepare the grounds that once we have the summit in Astana among our heads of state, we will be able to finalize the Convention.”

Elsewhere in his remarks, Zarif expressed satisfaction with the results of a Thursday meeting with his Azeri and Russian counterparts Elmar Mammadyarov and Sergei Lavrov in the Azeri capital Baku.

“Actually, we all were satisfied. This was a very good first step, there is agreement on almost every issue. And our cooperation will not be limited to transit and economic issues but also to security issues, to intelligence cooperation, counter-terrorism and in narcotics,” he said.

“These are important areas of common challenge to the three countries and we agree to cooperate in all these areas. We also agree to have sectorial ministerial meetings and a summit. The agreement on the summit was already reached between the three presidents, now we need to set the date, and hopefully in the near future we will have a summit of the three leaders. Both giving the greater momentum and impetus to cooperation and also directing various ministries, organizations and agencies to work together in the various fields that we agreed we need to work together,” he added.

He further noted, “Iran and Russia are stronger together, we can in fact defeat extremism and contain extremism. We have made, with the sacrifice of the Syrian people, with the bravery of the Syrian Armed Forces, we have been able to defeat in many respects the advances of Daesh, al-Nusra. And the international community will need to learn, particularly those who talk a lot, about fighting extremism, terrorism, need to learn that they need to be engaged, they need to be serious, they need to act rather than simply take political decisions in dealing with that. So I think there are important lessons but the most important lesson is that terrorism and extremism can be contained and can be defeated. We require a multifaceted approach. The military dimension is only one aspect of this. Iran and Russia are going to be working together on cultural counter-extremism. We need to extend cooperation to inter-religious dialogue so that we can promote moderation rather than extremist views.”

According to the Iranian Foreign Minister, “These are important ideas, important values, shared values, shared concerns and challenges that we, and Russia, and Azerbaijan for that matter, and other countries in Central Asia and the Caucasus that who face this threat, have in common. We believe that Islam is a religion of peace, that these terrorists and extremists have nothing to do with Islam, and together we can in fact promote a vision, a reading, a narrative that contains extremism and promotes tolerance and moderation.”

Elsewhere in his remarks, Zarif regretted that trade ties between Iran and Russia are not up to the mark.

He added, “We have actually taken steps. There are some bottlenecks, and we are addressing those bottlenecks. One is banking. Due to sanctions, banking relations between Iran and other countries were restricted. Now we are taking steps with Russia and with other countries to remove those banking restrictions. Of course, sanctions have been lifted but the speed of lifting of sanctions in bilateral relations is taking a bit longer. We have agreed on easing and facilitation of customs regulations, we have also agreed on easing and facilitating visas so that our business people, as well as our tourists, can interact and travel from one country to another. We also have been discussing with Russia reducing tariffs and other barriers in trade, so we’re making progress. We make progress in some fishery products, in some agricultural products but we will make even more progress. We have made some progress and enhanced cooperation between Iran and Russia in the area of defense, in the area of peaceful nuclear technology, in the area of construction of railroads, credits, other possibilities.”

He further said, “We are making good progress but potential between Iran and Russia is far greater. We are two important neighbors and we have complementarities that we need to work on. And I think, as you pointed out, that the leadership of the two countries are seriously interested in engagement and I believe with greater work, we can expand this engagement and enhance it.”

Zarif also touched upon Iran’s oil exports and its global market share. He said confrontation in the oil market is a fact of life.

He however added, “But Iran’s share in Europe’s market has been taken over by Americans. And now that Iran is back with the removal of sanctions, we expect other producers to take note – and I believe Russia has already indicated that it recognizes the special situation of Iran after the removal of sanctions. I hope that the rest of oil producing countries, both OPEC and non-OPEC, recognize this fact and live with it accordingly.”

Iran and Russia Work Together

He noted, “Iran and Russia played together, worked very closely together in reaching the nuclear agreement which everybody has hailed as significant achievement. The role of Russia in reaching that nuclear agreement was instrumental, and we very much appreciate the role Sergey Lavrov himself and the Russian government played in this process. So Iran and Russia working together can be a force for peace, a force for prosperity and a force for combatting our common challenges.”