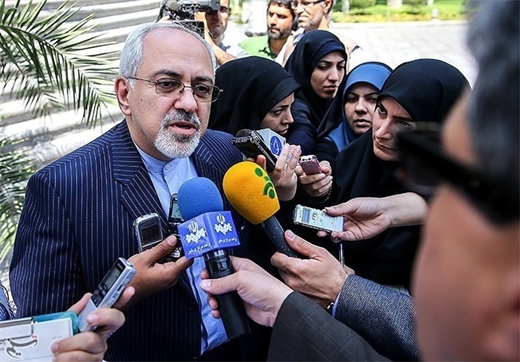 Iranian Foreign Minister Mohammad Javad Zarif, who is in Finland on the second leg of his European tour, said the Helsinki Policy Forum is an opportunity to examine the possibility of holding regional dialogue among Persian Gulf states.

Speaking to reporters upon his arrival in Helsinki on Monday May 30, Zarif said the Helsinki Policy Forum, which is held on the initiative of the Finnish government, is in line with Iran’s proposals to hold regional dialogue, particularly among Persian Gulf states.

The top Iranian diplomat is expected to address the Helsinki Policy Forum on Tuesday.

He also said that he plans to hold talks with high-ranking Finnish officials, including President Sauli Niinisto and the Northern European country’s foreign minister.

Zarif is also expected to attend the Iran-Finland trade-economic forum.

Heading a delegation of 60 political and trade officials, Zarif left Tehran on Sunday to visit Poland, Finland, Sweden and Latvia.

In the first leg of his European tour, he visited Poland and held meetings with the country’s senior officials on issues of mutual interest.