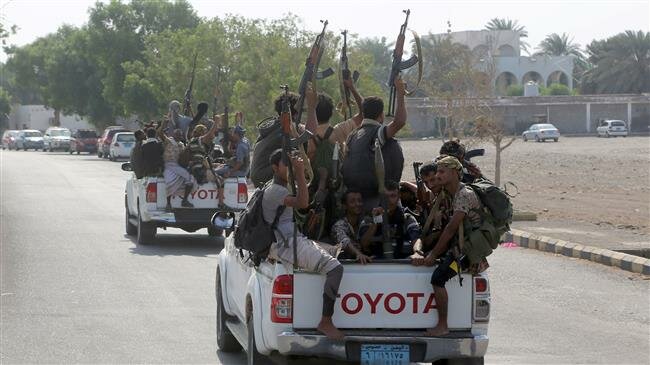 Reuters quoted witnesses as saying Saturday that UN teams were overseeing the withdrawal, breathing a fresh lease of life into the peace deal which had been stalled for months.

He said the intention to unilaterally redeploy from the ports was due to the Saudi coalition’s refusal to implement the truce agreement reached between Yemen’s warring sides in Stockholm last December.

Under the deal, representatives from the Houthis and Yemen’s Saudi-backed former government agreed to withdraw their troops from Hudaydah’s main port and two other nearby ports, as well as Hudaydah city and allow deployment of UN monitors.

Yemen faces a humanitarian catastrophe amid a Saudi war and blockade which does not allow the country to import and distribute vital food, fuel and medicines.

Al-Houthi said he holds the UN responsible for the humanitarian crisis in Yemen because of its failure to put an end to the blockade, the closure of Sana’a airport and disruption of salary payments.

On Friday, the UN’s Redeployment Coordination Committee (RCC) said the Houthis would make an “initial unilateral redeployment” between May 11 and May 14 from three Yemeni ports.

The redeployment, it said, should allow the UN to take “a leading role in supporting the Red Sea Ports Corporation in managing the ports” and to enhance checks on cargoes.

The process, it emphasized, must be followed by “the committed, transparent and sustained actions of the parties to fully deliver on their obligations.”

In Stockholm, it was hoped that the redeployment would take place in January, but its implementation has repeatedly been stalled due to a lack of trust between the rival parties.

Yemen’s former information minister Moammar al-Eryani said on Friday the Houthis’ redeployment offer was “misleading” and unacceptable if it did not allow for “joint monitoring and verification”.

Hudaydah, a lifeline for millions of Yemenis, has seen some of the heaviest fighting in the four-year Saudi aggression against the impoverished nation.

Saudi Arabia and the UAE launched the Hudaydah offensive in June 2018, but they have faced strong resistance put up by Yemeni armed forces – led by the Houthis — and the city’s residents.

The Saudi-led coalition claims that the Houthis are using the port city for weapons delivery, an allegation the fighters reject.

Saudi Arabia and a number of its regional allies launched the war on Yemen in March 2015 with the aim of crushing the Houthis and bringing the Riyadh-backed former regime back to power. They have failed to achieve either of the objectives.