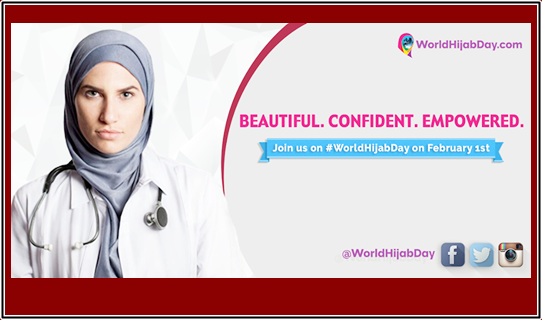 First day of February has been named as” World Hijab Day”. On this occasion, non- Muslim women and Muslim women who do not observe the Islamic dress code are invited to wear headscarf.

Members of the International Front Mostazefin (oppressed), have unveiled the official poster of the Women Day for 2016.

They have called on all advocates and activists who work for promotion of Islamic Hijab and Hijab as a right for Muslim women, to translate the motto of the poster into various languages and publicize it through the social media to make world community familiar with this campaign.

In the unveiled poster, three prominent features of Muslim women namely Beautiful, Confident and Empowered, due to observing Islamic dress code have been publicized. They have asked all Muslim and non-Muslim women across the world to wear headscarf on World Hijab Day