An IRGC general warned against any secret agreement on Syria that does not take Iran into account.

“Any secret political or field agreement in Syria is doomed to failure without Iran’s participation,” Mohsen Rezaei, a former commander of Islamic Revolution Guards Corps (IRGC), warned in a post on his Twitter account.
According to a report by IFP, his warning came as Iranian Foreign Minister Mohammad Javad Zarif is due to hold a trilateral meeting with his Russian and Turkish counterparts in Moscow on Tuesday to discuss the issue of Syria. 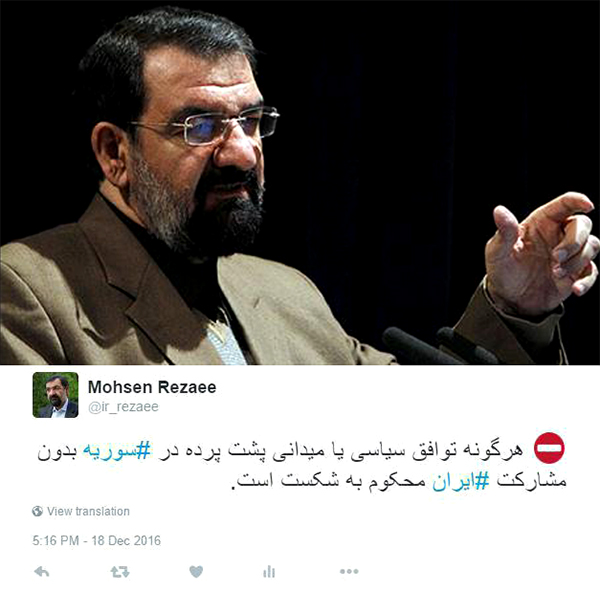