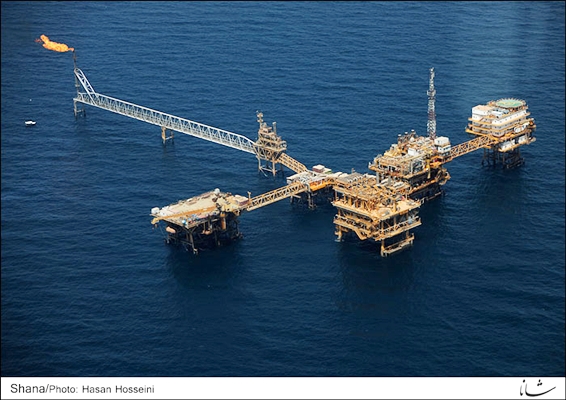 Oil prices have jumped after unconfirmed reports say Iran, which is currently producing almost 4 million barrels per day (bpd), may join a push to freeze production at current levels.

Iran has been ramping up output since the lifting of sanctions in January to reclaim its lost market share, dismissing demands to join the freeze initiative.

In a recent 30-day period (the Iranian month of Khordad), Iran’s oil output exceeded 3.8m bpd, while it used to be 2.7m under the sanctions, as reported by IRNA and translated by IFP.

On Tuesday, August 23, Reuters cited unnamed sources as saying that Iran was sending “positive signals” that it might get behind the push to curb production.

“Though Iran has not yet decided whether to join a new effort, Tehran appears to be more willing to reach an understanding with other oil producers,” the news agency quoted the sources as saying.

Iran, the source said, was on course to reach its pre-sanction production level soon, after which it would join other producers to freeze output.

Iranian officials have already signalled that the country would support the initiative after its crude production reached the level it desired.

The Islamic Republic exported up to 2.3 million barrels per day of crude before sanctions cut it by half in 2012.

Qamsari said Iran was still exporting around 0.4 million bpd less than the average it released on the market before sanctions were imposed against the country.

There was no immediate reaction from Iranian officials to Reuters’ report on Wednesday, as reported by Press TV.

Members of the Organization of the Petroleum Exporting Countries are due to meet informally in Algeria next month on the sidelines of the International Energy Forum which groups both producers and consumers.

Reuters quoted an unnamed OPEC source as saying that Iran had confirmed it would participate in the Sept. 26-28 meeting in which members would probably revive talks on freezing oil production levels.

The report caused oil prices to jump on Tuesday. In London, Brent North Sea crude for October rose 80 cents to $49.96 a barrel. US benchmark West Texas Intermediate for October delivery ended up 69 cents from Monday at $48.10 a barrel.

The previous attempt to freeze output collapsed in April after Saudi Arabia insisted that it would join the initiative, supported by non-OPEC producers such as Russia and Venezuela, only if Iran were on board.

The kingdom has reached record production, leading to a collapse in prices which has hit the country hard as well as other producers.