Why Saudis Need to Rethink Their Policies 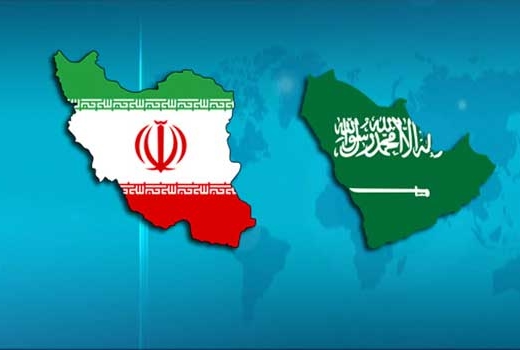 It’s no secret that Saudi Arabia is in deep social and political troubles, both internally and externally. For the past decades, the family has been leading an absolutely pre-medieval society to become a rich and glamorous petroleum-smelling society with sky-scrapers and fancy cars. Yet, the structure and norms of the society remain unchanged.

Rumour has it that on his deathbed, Stalin left two letters to his successor Khrushchev and advised him to open the first one in time of trouble, and the second one in time of danger of being deposed. In 1956, Khrushchev faced problems with the Party over Hungary and Suez. He opened the first letter which read “Blame everything on me!” So, Khrushchev gives the secret speech condemning Stalin to the Party Congress, causing the tumult to die down. In 1964, Khrushchev was about to be deposed by Brezhnev and Kosygin. He opened up the second letter. It said: “Prepare two letters.”(1)

It’s no secret that Saudi Arabia is in deep social and political troubles, both internally and externally. For the past decades, the family has been leading an absolutely pre-medieval society to become a rich and glamorous petroleum-smelling society with sky-scrapers and fancy cars. Yet, the structure and norms of the society remain unchanged. Saudi Arabia at the dawn of the third millennium is still a tyranny government in which the will of the king and his immediate circle is above all laws and regulations, with a primitive model of distribution of power based on tribal traditions; a society in which human rights of any kind are non-existent and slavery is openly practiced. Except for absorbing, or rather simply buying, all things that materially may be bought by money, the Kingdom has been rock solid against intellectual and humane developments of the world. When it comes to intellectual and structural development of the society, Saudi Arabia resembles a dark island kept aside from the rest of the world. But this is only the facade of the society. Beneath this primitive facade, people have gained knowledge of outside world. People are being aware of the fact that the lion’s share of the legendary oil revenue goes to a handful of princes who spend most of it in their lustful and never-ending carnal desires and thirst for luxury palaces and cars. Social and economic inequality based on sex, tribe, family, religion and ethnic backgrounds have long torn up the nation, bringing the internal situation of Saudi Arabia to the verge of turmoil.

Externally, while Saudis petroleum and petroleum money had brought them relative immunity against all foreign and international criticisms over human rights situation, it seems that in recent years due to spread of social media and advancement of communication technology, world is being more and more both aware and concerned over the real nature of this medieval sultanate. A quick glimpse at increasing levelo sprttdmprinces wh=0.9,i3ly and international media towards Saudis manifests that the iron curtain built by petro-dollars around Saudi Arabia that had blind-folded foreign observers in seeing the disastrous facts of this kingdom, is now perforated. World media, especially social media, are filled with uproar against the human rights situation in Saudi Arabia, the grave violation of international humanitarian law by the Saudis in Yemen, and their obvious and evident support for violent extrems whand terrorism.

As all tyrants do, Saudi ruling family has tried to find ways to postpone its imminent fall. And again, as all tyrants do, instead of seeking genuinehand true revisionist changes, this family has tried to bypass real problems by creating fake ones and diverting people’s attention to them. Magnifying sectarian and racial issues and turning thewh=0to drastic prises all over the region is the family’s survival policy. And in order to escalate the fuss over this fake issue, they decided to portrait Iran, a non-Arab country of Shia majority, as leader of the imaginary enemies who have plots to dominate against all Sunnis and Arabs. Demonizing Iran seemed rather easy since the country had been already vilified by W,i3ly media for its policies against Israel. Yet, for Saudis things did not go as planned. In an unbelievable turn of events for them, six world powers sat on negotiating table with Iran and a deal emerged out of those negotiations(2); a deal the result of which was recognition of Iran as a respectful regional power. The Saudis worst nightmare had become true. Something had happened that they had done everything in their power to prevent it. They were pushed to their limits and beyond. And that is the reason behind the manifest anger and inability in self-discipline in Saudi policies in the region and towards Iran.

Where this all will end? History teaches us that real problems need real solutions. Denial of the real problems and creating artificial prises do not solve the real ones; it rather makes things more complicated. For some years, Saudis have tried to blame Iran to avoid facing their problems. But with the Saudis continuing to disregard the very real structural and social problems of the society under their dictatorship, time seems ripe for them to start to “prepare two letters.”

(1) This political joke has also been attributed to other world leaders and even to some owners of huge multinational companies. For the sake of this article, it’s the moral conclusion of the story that matters.

(2) The Joint Comprehensive Plan of Action (JCPOA) was agreed upon on 14 July 2015 in Vienna between Iran and the US, UK, France, Germany, China, Russia and the European Union