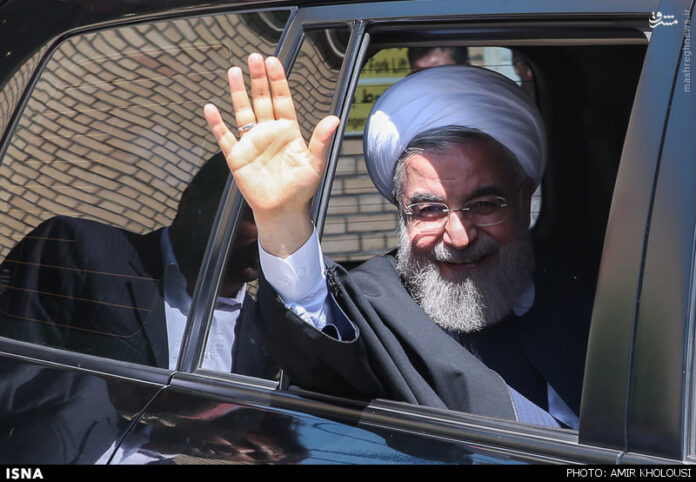 Iranian President Hassan Rouhani decided to visit a MAPNA Group factory floor to commemorate International Labour Day. Some commentators, however, think that it might have been better if he’d got out of his car, and paid a visit to the workers in person, instead of simply waving at them from behind the window.

On May Day, Rouhani visited MAPNA workers while remaining inside his car, moving around the factory, waving for the labourers on their “International Day”.

According to Asr-e Khabar’s report, translated by IFP, it was a very decent move by the country’s president to pay a visit to the hardworking labourers and personally monitor the achievements of a domestic factory.

However, the photographs published after the visit were not so favourable. The hardworking labourers expected to see their president up close, and to have a rare meeting with him, not to see him being driven around the factory floor in a luxurious car.

This move by the President’s handlers was absolutely wrong. If they chose this method due to the large factory and a shortage of time, they could have limited the visit to a small part, walking among the workers in that particular part of the factory. There was no need for a visit to the entire plant.

If, however, the move was due to security reasons, it is still unacceptable, because the factory and the workers are no more of a threat than the cities President Rouhani usually visits. Thus, no security issue would have been allowed to happen.

A government that sees itself as part of the nation should be flexible with its formalities to some extent, and should behave in a friendlier way towards the people who voted for it.