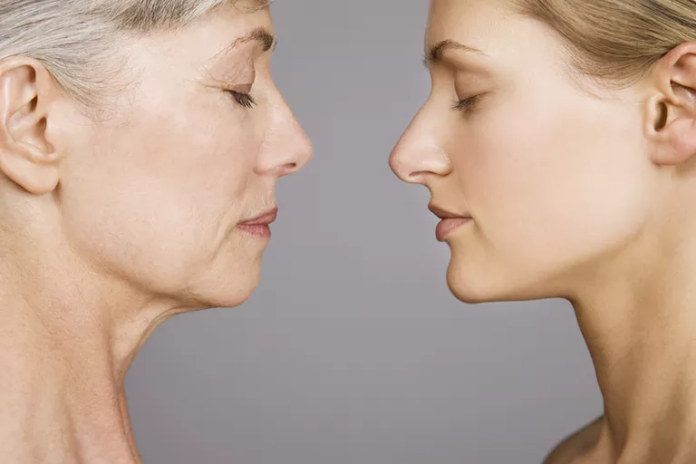 Everybody gets old except for some actresses and TV commercials. In fact, that’s the ultimate goal. The trick is to age well, which is not so much a secret.

Everybody gets old except for some actresses and TV commercials. In fact, that’s the ultimate goal. The trick is to age well, which is not so much a secret. A set of reasonable rules and habits ensure a long and healthy life.

Old age is a mixture of triggered effects, some good, and some not so good. Light therapy for anti-aging prevents these causes and helps you maintain sound health. This article is intended to answer why our body starts to decline with age and so on.

Before knowing why our body starts to decline with age, you must understand what is aging. Think of aging as “what happens to our body over time.” This definition covers all aging that the human body goes through, unlike the signs of aging that occur later in life, such as grey hair and wrinkles.

Aging happens to different parts of the body. Think of growing boys and teens going through puberty. Aging builds up over time, like skin damage caused by sun exposure. Therefore, aging is a combination of bodily changes and the impact of how we take care of ourselves.

In other words, aging is the impact of time on the human body. It occurs at different levels: cellular aging, hormonal aging, metabolic aging, accumulated damage.

Why Our Body Starts to Decline with Age

Brain: It begins to age at 20. As we age, the number of nerve cells in the brain decreases. We begin with around 100 billion, but in our twenties, that number starts to drop. At 40, we could lose up to 10,000 a day, affecting memory, coordination, and brain function. In fact, while neurons are central, it’s actually the deterioration of the gaps between brain cells that has the major impact, says Dr Wojtek Rakowicz, a consulting neurologist. These small spaces between the end of one nerve cell in the brain and another are called synapses. Their job is to move information from one cell to another. And as we age, we do less.

Muscle: As we age, we are continually building and breaking down muscles. Consider lifting weights. So it hurts when the muscles break, but they will soon get stronger. However, at 30, this is when our natural muscles break down, it is faster than we build them. After 40 years, adults could lose up to 2% of muscle mass per year. Losing muscle mass is one of the primary reasons why our body starts to decline with age.

Bones: It begins at the age of 35. Throughout our lives, old bones are broken down by cells called osteoclasts. Children’s bone growth is rapid. It only takes two years for the skeleton to fully renew. Forn adults, this can even take ten years. Until the mid-1920s, bone density continued to increase. But at age 35, bone loss begins as part of the natural aging process. It becomes faster in postmenopausal women and can cause osteoporosis, the state of thinning bones.

Skin: The skin naturally begins to age in the mid-twenties. As we age, according to Dr Andrew Wright, consultant dermatologist at the Bradford NHS Trust, the production of collagen, the protein that acts as a scaffold in the skin, decreases and elastin. This substance helps the skin find its stain, less spring and can even break. Dead skin cells do not lose as fast, and the turnover of new skin cells may decline slightly. Which causes fine wrinkles and thin, transparent skin.

Eyes: Glasses are the norm for many people over the age of 40. Low vision usually comes into play, affecting our ability to see objects up close. As we age, the eye’s ability to focus deteriorates as the eye muscles weaken, says Andrew Lotery, professor of ophthalmology, University of Southampton.

Breast: At the mid-30s, women’s breasts began to lose tissue and fat, reducing size and fullness. The sagging fully begins at age 40, and the areola can shrink considerably. Although the risk of breast cancer increases with age, it is not related to physical changes in the breast. Gareth Evans, a breast cancer specialist at St Mary’s Hospital in Manchester, says our cells are more likely to damage with age. As a result, the genes that control cell growth can mutate and cause cancer.

Heart: Our heart, the organ that keeps us alive, begins to decline at age 40. We lose the ability to pump blood so efficiently throughout the body, as we grow. This is due to a lower elasticity of our blood vessels. Also, your arteries can become clogged if you follow a high-fat diet that leaves fatty deposits behind.

Anti-Aging LED Light Therapy: How Does it Work

Many spas and beauty centers now offer targeted anti-aging treatments, including red light therapy, to combat a wide variety of side effects. Red light therapy (RLT) is aimed at solving skin problems by using short-wavelength red light. Many experts believe that it can help resolve issues like skin conditions, scars, and signs of aging, including wrinkles and age spots.

The red and near-infrared wavelengths are clinically proven to boost your body’s natural ability to produce collagen and elastin by stimulating fibroblast cells. As the review of the seminars on medicine and skin surgery also highlights, the forms of phototherapy are possible alternatives to treat acne vulgaris.

A study in the Journal of Cosmetic and Laser Therapy discovered the effect of low-level light on people with alopecia. The study found that people who received RLT had improved hair density compared to those in a control group.

Hopefully, you’ve already got the answer to why our body starts to decline with age. However, a healthy lifestyle with a balanced diet can reduce the signs of ageing. Sleep and the number of toxins entering your body will have an effect. If you are trying to avoid your father’s time, think about exercises, nutritious foods and light therapy to lead a healthy and balanced life.