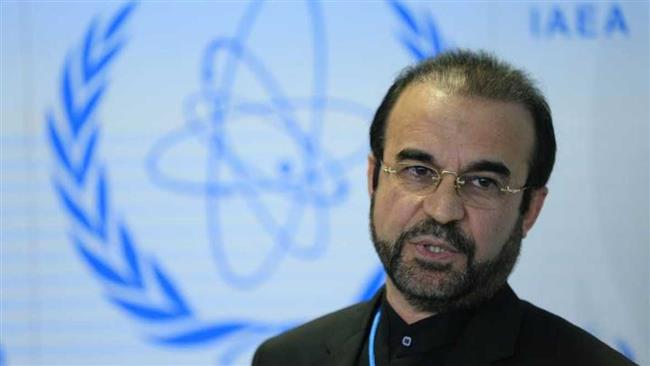 The Iranian ambassador to the International Atomic Energy Agency (IAEA) has once again criticized the West’s silence on Israel’s nuclear arsenal, saying the regime’s nukes are endangering security in the Middle East and the Non-Proliferation Treaty (NPT).

“The West’s double standard policies on the nuclear program of the Zionist regime [Israel] have adverse consequences for regional security and the Non-Proliferation Treaty,” Reza Najafi said at a seasonal meeting of the IAEA’s Board of Governors in Vienna, Austria, on Friday.

He added that the Israeli regime’s nuclear program has created serious security concerns for people in the region and the international community at large.

He said the Non-Aligned Movement (NAM) member states have repeatedly censured Israel’s military nuclear program and urged the IAEA to seriously and closely follow up on the issue.

“The Zionist regime has regrettably continued to advance its nuclear and military program in recent years through disregard of the legitimate demand of the international community, the West’s blind support and the blatant violation of all international rules and regulations,” the Iranian envoy said.

Najafi added that the West must stop any type of cooperation with Israel and the delivery of nuclear substances and equipment to the regime.The Israeli regime, which pursues a policy of so-called deliberate ambiguity about its nuclear bombs, is estimated to have 200 to 400 nuclear warheads in its arsenal. The regime has refused to allow inspections of its military nuclear facilities or to sign the NPT.According to March 2015 emails by former US secretary of state Colin Powell leaked in September, Israel has 200 nuclear weapons “targeted on Tehran.”