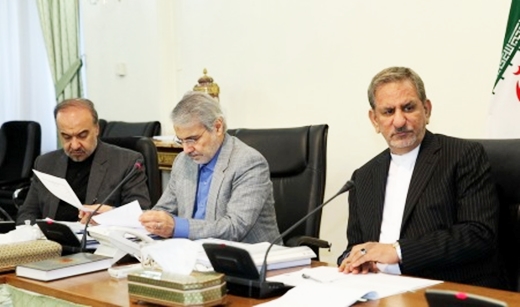 “The executive agencies should put the promotion of economic cooperation with Indian Ocean littoral states on their agenda,” Jahangiri said. “We should sign cooperation agreements with the countries in the region.”

He said that by linking the Indian Ocean to the Gulf of Oman, we can provide the Makran region with a golden opportunity for development.

The Makran region is a semi-desert coastal strip in Pakistan and Iran, along the coast of the Persian Gulf and the Gulf of Oman.

Referring to estimates about the rise of the East and decline of the West in terms of economics, he said that despite the opposition of a few regional countries regarding furthering ties with Tehran and other littoral states of the Indian Ocean, Iran should go on with expanding its relations with regional countries, including India.

He urged all the governmental agencies to develop Chabahar’s infrastructure, including the region’s railroads.