Veteran translator expounds on the root cause of woes we face 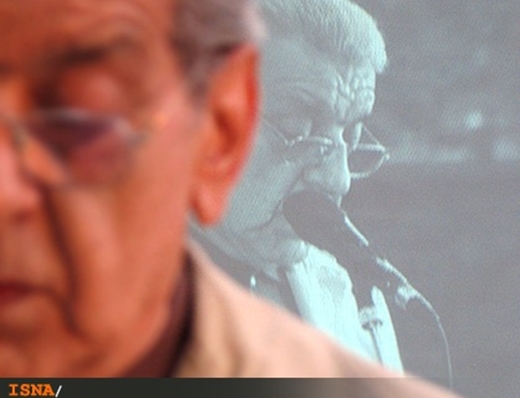 The intellectuals who try to sell valueless thoughts will incur losses; we should not be fearful of thoughts, what we should fear is the suppression of thoughts, Fooladvand said.

Ezzatollah Fooladvand, a seasoned translator of philosophical texts, has said that suppression of thoughts, not the thoughts themselves, should be a source of concern. “I believe that any misfortune or misery that has beset our people has its roots in a lack of knowledge.”

What comes below is the translation of a report the Iranian Students News Agency released on February 25 about the comments Fooladvand made at Mahtab Mirzaei award ceremony at Book City Tuesday:

We should extend gratitude to those who in spite of all shortcomings, restrictions, problems and occasional ingratitude still remain committed to the promotion of knowledge and culture in this country; an amazing land which has seen the rise of scholars and scientists like Ferdowsi, Saadi, Hafez, Rumi [all highly revered Persian poets], and Zakariya al-Razi and Avicenna [both prominent Persian scientists].

Eleven centuries ago when by its own admission the West was going through the Dark Ages, a wise man like Rudaki [the first great literary genius of modern Persia] said that knowledge is an enlightening tool which shields individuals from the ills of ignorance.

No wonder, German philosopher Hegel has said that the beginning of evolution of man starts with the history of Persia. However, unfortunately, throughout history, there have been times when we have been deprived of enlightening knowledge and descended into the darkness of ignorance, denied our scholars and artists the gratefulness and respect they have deserved and plunged into superstition and nescience.

[In such periods] Not only have we failed to value our great ancestors, but we have belittled them and also hurt our contemporaries of great caliber, cracked down on them and even shed their blood. A case in point is the murder of Shahab al-Din Suhrawardi [a Persian philosopher] on the order of Salahuddin Ayubi [founder of the Ayyubid dynasty] because of the ideas he held.

I have always believed and continue to believe that any misfortune or misery that has beset our people has its roots in a lack of knowledge.

There is an English proverb which says that to err is human; to persevere in error is diabolical. There have been several times when we have insisted on making an error; inflicting substantial and at times irreparable damage not only on ourselves but on future generations, but what is the antidote?

That no one learns a lesson from history is the lesson we learn from history. However, if we take this concept too seriously, we will have to forget the nations that have learned from the past and gone down the path of progress and prosperity. In that case we will remain stuck in our compound ignorance.

A precious lesson learned in the past and even at present is that in the field of thinking in the battle between pen and sword, the former is the final winner.

A shaky thought in which passion and prejudice replace wisdom and far-sightedness is doomed to failure even if it is founded on good intentions; those who initially rally behind it will eventually end up remorseful.

This experience has repeated itself since the emergence of mankind and has been considered valuable by rulers and the great. In confirmation of this concept, Saadi, the master of eloquence, has said that kings need the company of the wise more than the wise wish to get close to the rulers.

We should not be fearful of thoughts; what should be feared is the suppression of thoughts, because it paves the way for the dominance of lame, insubstantial, misleading and ill-fated ideas.

Therefore, let’s appreciate the intellectuals, authors and artists that truly serve humanity so that they can make their presence felt and market their ideas. I assure you that if they try to sell worthless opinions, they themselves will incur losses and there is no need for any crackdown.

In conclusion, Fooladvand thanked organizers for handing him the award for translation of Philosophy of History.