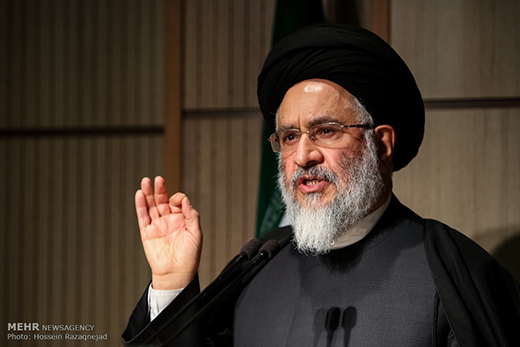 An Iranian Shiite cleric has said that the country needs to reverse the decline in ethical values before it becomes too late.

An Iranian Shiite cleric says that members of parliament should focus on “Continuous Ijtihad” as they try [to make laws] to improve people’s lives.

Ayatollah Mostafa Mohaghegh Damad, a university and seminary school instructor, made the remark in a fourth conference on the Role of Research in Lawmaking and added that under Article Two of the Constitution, Continuous Ijtihad [an Islamic legal term that means “independent reasoning”] is one of the cornerstones of the Islamic Republic of Iran, but that the Constitution falls short of explaining how this article should be legally binding.

[Article 2: The Islamic Republic is a system based on belief in: (…) continuous Ijtihad of the fuqaha possessing necessary qualifications, exercised on the basis of the Qur’an and the Sunnah of the Ma’sumun, upon all of whom be peace;]

Entekhab.ir on December 16 published Ayatollah Mohaghegh Damad’s remarks in the conference and the following is the translation of what he said:

Continuous Ijtihad is the legislative underpinnings of the country. The responsibility the MPs should undertake is heavier. We lacked a Legislative Branch 100 years ago and our legislation used to be made based on modern laws, with the judges making judgment based on Ijtihad. Back then Ijtihad was a requirement a judge had to meet before they were appointed to the bench.

If laws are written to run [the affairs in] the country, the responsibility [to write the laws] should be based on Continuous Ijtihad.

The Iranian nation calls on members of parliament not to compare their needs with what people needed 30 years ago. The interests of an entire nation are in your [MPs] hands. The MPs should think things over, take into account the country’s national interests, and make brave decisions. The MPs are expected to take into consideration Continuous Ijtihad when they strive to improve people’s lives.

Our country is protected by a holy legislative institution. [Addressing the director of the Atomic Energy Organization of Iran] Mr. Salehi! I wish you could do something to launch scientific management in the country in addition to the scientific progress the country has achieved. Whose negligence is to blame in this regard? Does it mean that [the Islamic Consultative] Assembly has not practiced Continuous Ijtihad?

The bills and motions [parliament debates on the floor] should be supported by Continuous Ijtihad. Iran has made scientific progress in some areas which are acceptable and a source of pride, but the question that arises here is: Why hasn’t the medical science achieved progress in ethics?

[Recalling the suture removal scandal in Khomeinishahr in Isfahan Province] It is disgraceful and tear-jerking that in a hospital in an Iranian town parents lack money to pay for the stitches their child needs [on his chin] and the medical team takes out the stitches of the child. I pray to God that such a story is not true; otherwise, we need to do something for such decline in morality. We need to shed tears for such an ethical decline.