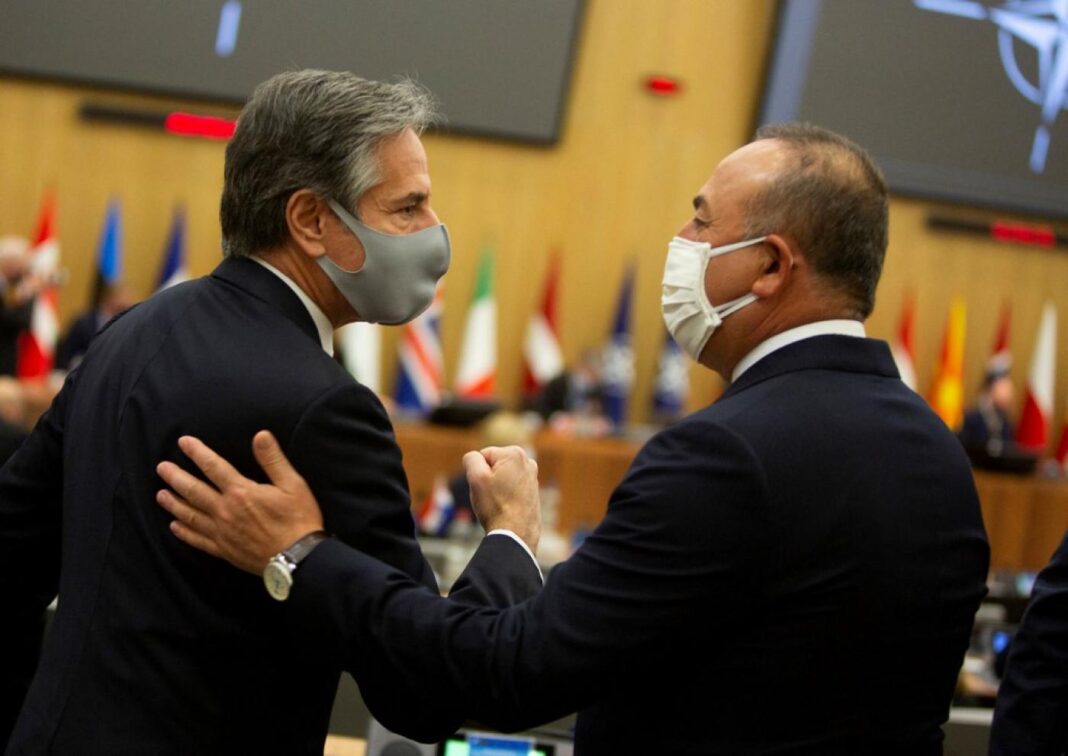 Turkish Foreign Minister Mevlut Cavusoglu held talks with US Secretary of State Antony Blinken over phone on Monday. Normalization of bilateral ties as well as Russia-Ukraine tensions were discussed.

“The talks, which took place in the run-up to NATO and OSCE meetings, touched upon tensions between Russia and Ukraine, the activation of the strategic mechanism (to normalize relations between Ankara and Washington), the Turkish-US relations, and the developments in Sudan, Ethiopia and in the Caucasus,” a source at the Turkish Foreign Ministry told TASS.

In the early hours of December 31, US President Joe Biden held a phone conversation with his Russian counterpart Vladimir Putin. The conversation lasted 50 minutes. Kremlin Aide Yury Ushakov told journalists that the Kremlin was satisfied with the conversation which generally was constructive. According to him, the upcoming talks on security guarantees were the main subject and both leaders agreed to control them personally and maintain phone contacts.

Lately, in the West and Ukraine, the claims of an alleged possible Russian “invasion” into Ukrainian territory are being touted increasingly more often. Kremlin Spokesman Dmitry Peskov branded such information as the empty and groundless escalation of tension, emphasizing that Russia does not represent a threat to anyone. That said, he did not exclude the possibility of provocations being whipped up in order to justify such claims and warned that attempts to resolve the problem in southeastern Ukraine through the use of force would have the most serious consequences.