US to Allay British Banks’ Concerns about Ties with Iran 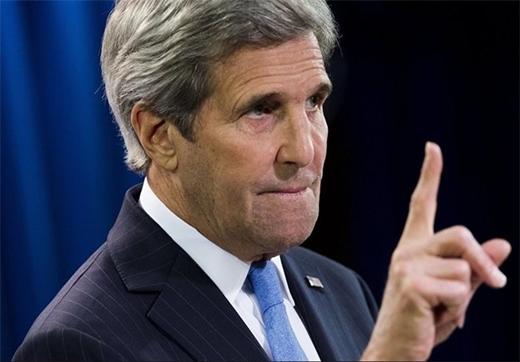 US Secretary of State John Kerry is planning to hold talks with representatives of a number of British banks this week in London in a move to allay their concerns about forging ties with Iran.

The British Bankers’ Association (BBA) has circulated a note to its members inviting them to send senior representatives to a meeting with Kerry, who will be in London to attend an anti-corruption summit, Sky News reported on Monday.

British banks are keen to do more business with Tehran but remain nervous about the consequences of deals which may be frowned upon by Washington.

The report added that the meeting had been proposed by Philip Hammond, the Foreign Secretary, and would also include executives from French and German lenders.

Back in April, Kerry said Washington is not against foreign banks’ investment and presence in Iran following the removal of anti-Tehran sanctions, stressing that the banks are free to do business with the Islamic Republic.

“The United States is not standing in the way and will not stand in the way of business that is permitted with Iran since the (nuclear deal) took effect,” Kerry told reporters on April 21.

“I want to emphasize we’ve lifted our nuclear-related sanctions as we committed to do. And there are now opportunities for foreign banks to do business with Iran,” he further said.

While the JCPOA (Joint Comprehensive Plan of Action), the 159-page nuclear agreement between Iran and the Group 5+1 (Russia, China, the US, Britain, France and Germany) came into force in January, some Iranian officials have complained about the US failure to fully implement the accord.

Last month, Leader of the Islamic Revolution Ayatollah Seyyed Ali Khamenei said the Americans have yet to fulfill what they were supposed to do as per the deal.