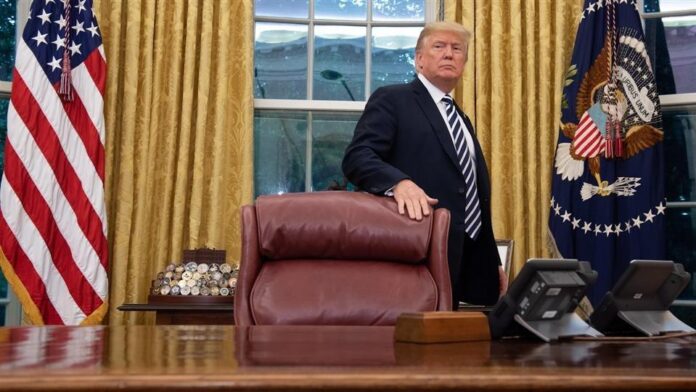 The United States’ sanctions against Iran is one of the most popular topics of today’s international relationships, as it has considerably impacted the Iranian economy and the livelihood of people who are already suffering from the coronavirus pandemic.

After Iran started developing its nuclear program in 2002, a lot of countries expressed dissatisfaction with the issue and imposed sanctions in order to keep Tehran from developing military nuclear capability. The various economic, political, scientific, trading, and military sanctions made Iran’s international reputation worse. In 2015 a nuclear pact was reached between Tehran and world powers, but years later US President Donald Trump dismissed the nuclear pact and re-imposed the US sanctions against the country which had been lifted under the 2015 deal.

During the coronavirus pandemic, the international community called upon the United States to suspend economic sanctions as Iran’s economy was facing major challenges. The sanctions referred to restrictions on trades, a ban on providing nuclear technology and selling heavy weapons, a ban on the import, and transactions with Iranian banks and financial sectors. As the BBC reported, US sanctions made Iran’s economy go through a difficult period.

Despite Britain’s attempts to push the US to ease sanctions in order to stop the virus from spreading and save Iranian people’s lives, President Trump offered Tehran some help for dealing with the coronavirus outbreak but refused to ease sanctions on Iran which raised the death toll and pushed the virus to spread in Iran, killing more than 23,000 people officially.

The value of Rial decreases

Iran is still trying to pressure the US to lift sanctions, as it’s almost impossible to survive without medical supplies from other countries but the news won’t be pleasant for them as American lawyers just asked the UN’s highest court to dismiss a case filed by Iran to have the US sanctions lifted based on an earlier verdict by the court. This means that economic issues will continue and the Iranian business and financial sector will probably continue to suffer. The crisis will definitely affect the Iranian currency, the rial, and most likely as a result of US sanctions the value of Iran’s currency will hit the lowest level in the last years.

On account of the sanctions, Iranians can’t trade in US dollars and the most accessible way to avoid financial problems for the Iranian forex traders is to trade with forex brokers globally as FX trading is not allowed in Iran and in fact, there are very few local Iranian forex brokers in the country. One of the main reasons why Iranian investors begin to obtain money with forex trading is that oil rates have been sinking, though due to illegibility it may pose a threat and negatively impact them.

As a result of US sanctions, oil exports had fallen and Iran lost a great fortune in oil revenue.

Dropping oil rates caused a significant fall in Iran’s official currency. Since the petroleum industry in Iran plays a major part in the country’s economy, decreasing crude oil export will immerse its economy which means that the sanctions in Iran may lead to an economic crisis.

Iran’s economy has no way of surviving like this if the pandemic continues during which Iran’s currency, the rial, loses almost two-third of its value against the US dollar. However, the sanctions are not the only reason for the plummeting rial. Raising its liquidity sharply during the past two decades and constant corruption played a key role and determined the same or even higher amount of collapsing the Iranian economy as US sanctions. All this means that liquidity can be even more dangerous for Iran’s economy than previously discussed sanctions.