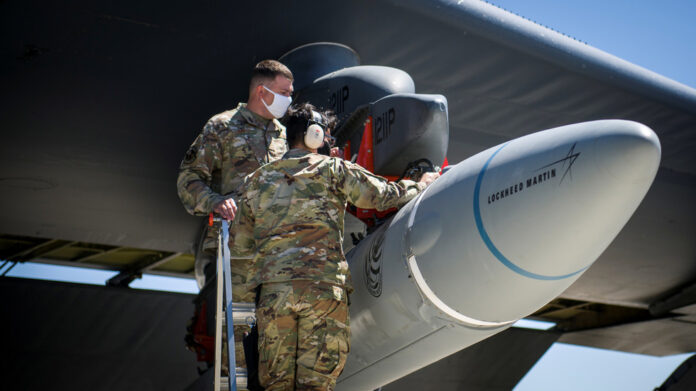 The US Department of Defense had an unsuccessful test related to its hypersonic weapons development. It comes amid reports China has successfully tested hypersonic weapons. Beijing announced it was a “routine test” for reusable space rocket technology.

A test of hypersonic weapon components for the US Army and Navy was scuppered by rocket failure, sources told Reuters on Thursday.

The incident was separate to three earlier tests successfully carried out.

The Pentagon’s attempted test launch of a hypersonic weapon suffered a “setback” when a booster rocket carrying the weapon failed to lift off, according to people with knowledge of the test launch.

The test was supposed to “validate aspects of one of the Pentagon’s hypersonic glide vehicles in development,” according to two of the sources.

The launch was separate from the three successful tests of hypersonic weapon components carried out on Wednesday, which “successfully demonstrated advanced hypersonic technologies, capabilities, and prototype systems in a realistic operating environment,” according to a statement the Pentagon released on Thursday.

The successful tests, conducted by the US Army and Navy at NASA’s Wallops Flight Facility in Virginia, deployed parts of hypersonic missile systems that are intended to go live within the coming year.

Hypersonic glide vehicles, like the one reported on Thursday to have failed, are launched from a rocket in the upper atmosphere and from there are supposed to glide to their target at more than five times as fast as the speed of sound.

The launches follow successful displays by rivals Russia and China of their own hypersonic missile technology, launches that US President Joe Biden has admitted have caused his administration some concern. While the US has the largest and most expensive military in the world, its technology lags behind that of other countries in several key areas.